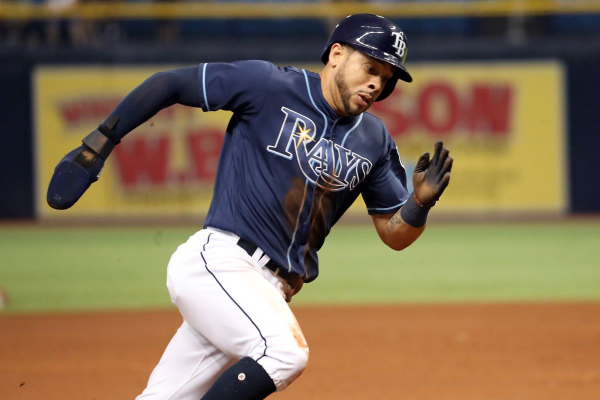 Tuesday saw the Nationals top the Brewers in the National League Wild Card matchup, and now Wednesday it is the American League’s turn. With the honor of getting to face the Astros going to the winner, the Tampa Bay Rays (96-66) will travel to the Ring Central Coliseum to take on the Oakland Athletics (97-65).

The moneyline for this matchup features the Tampa Bay Rays at +115 and the Oakland Athletics at -135. The over/under in terms of runs scored is set at 7.5.

Despite playing in the vaunted AL East and constantly feeling like they are rebuilding as they work within the restraints of a tight budget, the Rays seemingly find a way to contend on a yearly basis. Still, this will be their first time playing in the postseason since 2013, and they will look to extend their stay behind the arm of Charlie Morton.

Beyond Meadows, Tommy Pham (21 home runs), Asivail Garcia (20 home runs) and Ji-Man Choi have all had success in the Rays’ lineup.

A’s Look To Get Past Rays

For the A’s, they had to choose between Mike Fiers and Sean Manaea, and it is Manaea who ultimately got the nod. In five starts this season, Manaea is 4-0 with a 1.21 ERA, 0.78 WHIP and opponents are hitting .160 against him.

In 29 2/3 innings, Manaea has allowed 16 hits, four earned runs, three home runs and struck out 30 versus seven walks. In his last outing, a 3-1 win over the Mariners, Manaea went six innings, allowing four hits, one earned run and struck out five.

Throw in Matt Chapman, Matt Olson and Mark Canha, and there is a lot of thunder in this lineup facing off against Morton.

Rays And The Moneyline

This should absolutely be a fun pitcher’s duel to watch. On the one hand, you have Morton, who has been dominant this season and has been equally as dominant against the A’s. This year he has thrown 13 1/3 innings against Oakland and has only allowed one run. For the A’s, Manaea has been equally as dominant. Still, I have to go with the longer track record, and while Manaea has been hot of late, Morton has been dominant most of the season. I think one run decides this one, but I am taking the more favorable moneyline and taking the Rays +115.