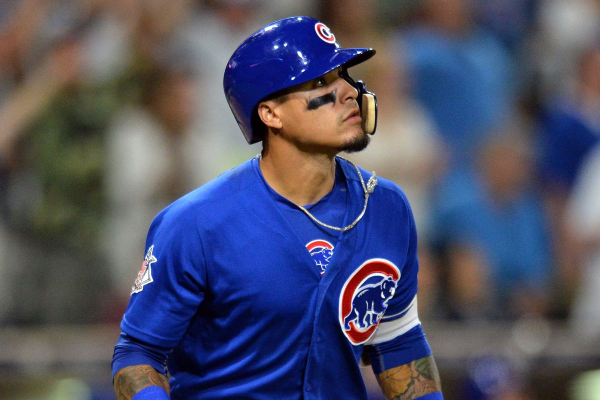 The midsummer classic is here which means that the Home Run Derby is back, back, back!!!  Of this year’s 8 contestants, 7 are from the National League. Alex Bregman is the lone representative for the American League. Regardless of the league, these guys have some prodigious power and Monday night is sure to be a show. According to oddsmakers, here are the odds to win:

Jesus Aguilar is the first baseman for the Milwaukee Brewers.  On the season, the big righty is hitting .298/.373/.621 with a .995 OPS. He has 24 home runs this season that places him as the number one seed in the derby.  Aguilar has put up some gaudy numbers this year and it is helping the Brewers in their playoff hunt.

This is a matchup of your typical slugger versus your non-traditional slugger.  Kyle Schwarber is the type of player you would expect in this contest. Schwarber is very strong and I wouldn’t be surprised if the longest home runs of the night come from him.  On the season he is hitting .249/.375/.873 with 18 home runs.

Alex Bregman, on the other hand, doesn’t look like he would be in a home run derby.  The diminutive third baseman has put up some big numbers, though. On the season he is hitting .288/.389/.539 with a .928 OPS.  He has a team leading 20 home runs and 64 runs batted in. Due to his more athletic build, his frame and endurance could do well if he can make it to the later rounds, but facing a fresh Schwarber is no easy task.

Playing in his home ballpark, Harper has shown his power since he was first brought up to the big leagues.  While his season has been a disappointment by his standards in his overall hitting (he is hitting .214/.365/.468 on the season with a .833 OPS), his power is still there.  He has 23 home runs and 54 runs batted in. Playing at home, he will likely be amped up, especially in the first round.

JavierBaez has always been a glove first type player…or at least that is what people thought.  This year, though, he is still doing it with the glove, but is also showing some power that rivals his teammate, Kyle Schwarber. On the season, Baez is hitting .292/.326/.566 with a .892 OPS.  He has 19 home runs and 72 runs batted in.

Yep, I have an all-Cubs final round of the Home Run Derby.  For Schwarber, I think he has a much easier route into the finals. For Baez, it will be difficult having to go against Muncy and Harper, but I think his power, poise and endurance will do him well.  That last point (endurance) is why I am picking him to win it all. We have seen time and time again where players get to the championship round and are completely gassed. I think this is more likely to happen to Schwarber.  With as good a chance as anyone and pretty good odds, take Javier Baez +550.