Not So Fast: Nevada Breaks Sports Betting Records in September 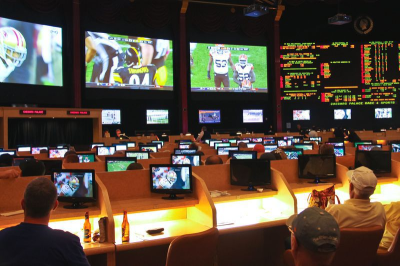 Remember when the New Jersey sports betting numbers came out for September, and industry experts around the world declared the Garden State the new champions of sports betting in the United States? Well, the State of Nevada would like to argue that point, and the release of their September figures show no indication that the state is slowing down anytime soon.

The Nevada Gaming Commission released their September 2018 report, and the numbers were staggering – a record-breaking $53.6 million in revenue (which broke a record form September of 2012) and a handle figure that had also never been seen before – 571 million USD. Here are a couple of stats from the report that we found very interesting.

The report shows the winnings and the hold percentage for betting in the state across different sports and specifically for parlay betting – and we were sure this was a typo. While there wasn’t a ton of handle on parlays in the month – $11 million – the hold on these bets was a staggering 60.67%. These are unheard of numbers, and while there were some upsets in the early NFL season, this is still an indication that amateur bettors are the target market for sportsbooks across the U.S.

Not shockingly, NFL and College Football led the way when it came to revenue and handle at Nevada sportsbooks in September. The first month of the season is always a great time for sportsbooks, but this year with a couple of huge upsets in the mix, the hold on football bets was an amazing 11.5%. This is far higher than the typical 5-6% hold we usually find on the sport. Now, it is difficult to say if the books can continue to reach these high hold figures, but one thing is for sure – with 2 out of every 3 dollars bet in the state on football, the books will be doing everything they can to make hay while the sun shines on them.

Where could these figures have come from?

There will be people all over the country wondering how the numbers in Nevada not only didn’t fall but actually broke records this month. We have a couple of theories as to why we have seen these numbers. First, the fact that sports betting is being discussed in the open across the country, but with only a handful of states offering legal sports betting to date, it was likely at the top of the minds of people who traveled to Reno and Las Vegas in the month of September. Given the hold percentages reported in the month, this seems to trend towards amateur bettors looking at the betting lines in the casino sportsbooks rather than just walking by.

Also, it is likely that the overall discussion of the regulation of sports betting across the U.S. highlighted the fact that Nevada residents were some of the only people allowed to bet legally for the longest time. This could have had a residual effect on the residents of the state, as everyone seemed to be getting swept up in sports betting fever. This may die down as the football season goes on, but it is definitely something that may have contributed to these huge numbers.

Can Nevada keep this up?

With all the talk about possibly allowing people from out of state to bet with Nevada sportsbooks, it certainly seemed like the state was preparing to see droves of handle leaving the local books. However, in light of these numbers, it will be interesting to see what the sportsbooks do in response in October. Again, this is a very small sample size, and there are far more eyeballs analyzing the reports, but just like betting, we are looking for longer-term trends before we declare the winners and losers.