Future Odds for Regulated Sports Betting: Who’s Next in 2019? 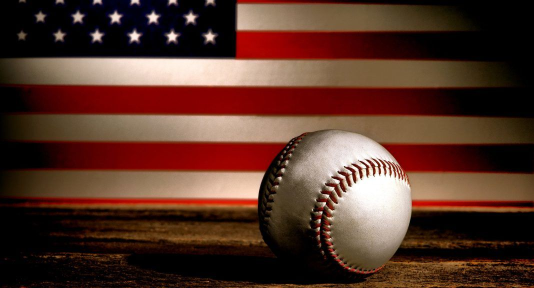 With the midterm elections now in the rear-view mirror, it is time to turn our attention to the new legislative sessions in each state. There have been several new governors elected, and many more new congresspeople and senators as well.

All of these folks will get their chance to make an impact in their individual states early in 2019, but all that we in the gambling world want to know is who the odds-on favorite to be the next state to legalize sports betting is?

Here’s a primer on who we think the next few states could be:

That law, which was passed in 2013, gives the four casinos in the state the license to operate a sportsbook in the event of the repeal of PASPA. Now, there needs to be some regulation put in place, but that is far more simple than getting the law itself passed.

With the announcement that Bet365 will now be partnering with Resorts in the Catskills, all four casinos in the state have their dance cards full. This means all that remains are some regulations and an understanding of where the racetracks and OTBs fit into the picture. Expect the major player on the East Coast to make waves early in the year, especially since budgets need to be set by April.

We think that Connecticut has to make their move into regulated sports betting soon if for nothing else than states close to it like New York and Massachusetts are already in the news on the same topic.

Connecticut benefits from having many New York City workers living in their state so they will be blocked from being able to bet on NY-based apps when they are in their homes. The state almost called a special session of the legislature in the fall of 2018 to table sports betting legislation but decided it was better to wait for the new year.

Now, with a new Democratic Governor in Ned Lamont, tribal casinos like Foxwoods and Mohegan Sun and horse betting operator Sportech are more than anxious to restart the discussions.

The Connecticut legislature sits for the first time in 2019 in early January, and we can expect the state to pick up where it left off so they can start reaping the tax benefits from sports wagering.

As mentioned above, the northeastern state is also in talks to bring sports betting to their residents in 2019.

With a new casino launched in Springfield in September 2018, and another property being built in the Boston area, the appetite is ripe for gambling, and sports betting would be right at the top of the list for operators and residents alike.

The sports-mad state is also the home of Draft Kings so you can expect they will be right in the thick of the discussions with state legislators. We expect something to transpire in this state in the spring of 2019.

Illinois could be the first of the Midwest states to make their play into the sports betting landscape. The state has been discussing i-gaming for several years, and this past October they held a special hearing on the topic which included many industry experts.

There is a major underground betting presence in the state so you can bet the legislators in Illinois would like to push those operators out of the way by offering legal sports betting across the state. One thing that can be said for the Illinois government is that they take their time to make a decision, but when they do they stick to their guns.

We expect the state to watch intently as more numbers come out of states like Pennsylvania and New Jersey, and any more launches that take place on the east coast before they render a decision. Our best guess is that there will be a law tabled before the middle of the year, with the chance to launch by football season.

Of course, all of this is at best some researched speculation. However, we are a gambling bunch here, and we think that these states will pass legislation earlier than any other state next year. If we are wrong, then it is definitely a good bet to have lost!