Could Match Fixing in Soccer Be The Biggest Issue In Regulated U.S. Sports Betting? 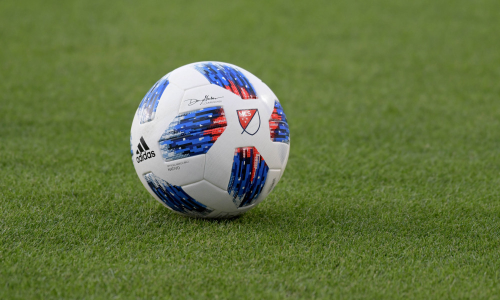 Ever since the repeal of PASPA by the U.S. Supreme Court in May, there has been a lot of talk about protecting the integrity of sports. Of note, the major four sports leagues have been adamant about the subject, with the NBA and Major League Baseball going so far as to ask for a piece of the action as an “integrity fee.”

If you follow the four major sports in the United States, you may be able to see why integrity isn’t as big an issue as everyone is making it out to be. The players in these leagues are paid a ton of cash, so trying to coerce someone into altering the outcome of a game will be very difficult. However, it is in the sports that are less popular where there could be cause for concern, and this starts with the most popular sport on the planet: soccer.

With the popularity of soccer on a global scale, it may not come as a shock to know that match-fixing scandals have littered the industry for decades. Most recently, however, another blow was dealt with the sport when an investigation began into the actions in a Champions League game between Paris St. Germain and Red Star Belgrade in an early round match.

This is one of the most prestigious competitions in the world of soccer, pitting the top club teams from around Europe against one another. There was a very large bet made on this game (5.7 Million USD), which in itself would raise a red flag. However, it was the type of bet that was made that caused the reason for the investigation.

In soccer, unlike other North American sports, one of the most popular bets to make is to predict the final score. With two teams that are unevenly matched, simply picking the favorite to win is not worth a bettor’s time, so odds are set for what the final score will be. In this case, the huge wager was bet on the score of 5-0 PSG, and sure enough, the final score was indeed matching.

This isn’t the only betting scandal to rock European soccer this month – Club Brugge in Belgium has been hit with charges of match-fixing, with 19 members of the team and the club being arrested. This is a massive hit for the club and for European soccer. Many teams are sponsored by sportsbooks, but if the books are continuing to be on the wrong end of these fixed matches, you may soon see these sponsorship deals dry up, which cannot be good for the clubs’ bottom lines.

There is a growing concern that soccer on this side of the Atlantic could be ripe for this type of corruption. While most of this is based in theory, there are some compelling reasons why the leagues and the sportsbooks should keep their eye out for any discrepancies.

First, the players in MLS simply are not paid that much money. Aside from the mega-stars that are imported from Europe and South America, most players on MLS teams are only drawing small salaries from their clubs. This is the first way that corruption can leak into the league, as many players could be tempted by an offer to help fix the outcome of a match.

Second, the sport, while growing in popularity regionally, is not on the radar of the national sports consciousness. Yes, there are several teams spread out across the country, but the MLS is definitely a second-tier sport. In Europe, most of the match-fixing scandals take place in lower-level leagues, as they don’t have the spotlight thrust upon them every week.

Finally, the quality of the play in the league is low enough that anomalies in scoring are not as noticeable. It is not uncommon to see scores of 4-3 and 5-2 in matches, which makes it far easier to alter the outcome one way or another.

Speculation is dangerous, prevention is the key

Let’s be perfectly clear here: there is no confirmation that any of this is taking place in the MLS or any other North American sport at this time. However, as regulated sports betting makes its way across the country in the coming years, let’s remember who controlled most of the illegal bookmaking for the last century, and let’s get everyone who is involved in the industry to keep a keen eye on the leagues. Companies like SportRadar are in the business of detecting these strange outcomes and bets, so they will be one of the leaders in protecting the U.S. sports betting space in the future.