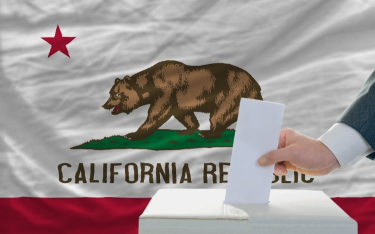 California residents are likely to legalize sports betting in 2022 after tribal leaders collected and submitted 1.4 million signatures to the government. The official ballot title will read as “Authorizes New Types of Gambling. Initiative Constitutional and Statutory Amendment”.

Basically, the petition to allow sports betting in the state suggest that native American tribes can run various games, including dice, roulette, sports betting from the tribal establishment. As of 2022, the tribes expect to run on-site sports gambling activities, with 10 percent of the revenue collected going to the government.

However, the state is already experiencing the effects of having $54 billion in budget deficit following the COVID-19 pandemic. Due to this, a gaming analyst has said that voting on the legalization of sports betting could come a year earlier. According to California tribal gaming leaders on a post on their Twitter page, they had collected enough signatures from Californians to put their petition on a ballot question, allowing Indian Casinos and licensed racetracks to run sportsbooks.

The signatures were not enough when November 2020 election was happening, as they needed 997,000 more signatures to qualify for a referendum. Yet, a collation of almost 20 California tribes had announced their petition for legalizing sports gambling at the end of 2019. But, following the Coronavirus pandemic, the process of collecting signatures was stalled, leading to a state judge extending the timeline by another 90 days running over the summer to collect enough signatures.

According to Jacob Mejia, Vice President of Public Affairs at Pechanga band of Luiseño Indians and the spokesperson for the tribal coalition, the 1.4 million signatures showed that Californians supported the petition to allow sports gambling responsible manner. He added that the measures would be put in place to regulate sports betting as well as generate revenues that could be used for mental health programs, public safety, and more.

What’s the Predicted Revenue Collection Once Sports Betting Is Legal?

According to Census Bureau data, California is one of the three states, including Texas and Florida, with the most population and yet to legalize sports gambling. With a population bigger than Canada’s, California is likely to become one of the biggest sports gambling market in the United States. One Deutsche Bank analyst, Carlo Santarelli, noted that the sports gambling market could produce almost $1.4 billion in the first year. He added that this amount could double by 2027. However, to achieve this amount, the state would have to allow card clubs and mobile sports betting.

The tribes’ ballot question has several controversial elements, including ones not allowing the state’s 72 cardroom casinos to offer mobile sports betting. Another debatable element is the issue of prohibiting betting on California colleges and universities games. According to the tribes’ spokesperson, the tribes intend to start with retail sports betting before trying mobile betting. He added that it seemed like there was a disagreement among tribe leaders, some supporting introduction of mobile betting while others refused its introductory at all.

Whoever the case, the state has a budget deficit of $54 billion, which means it has to move fast to introduce new revenue streams. Therefore, the lawmakers have to find ways to unite the tribes’ interests with card clubs belonging to the government to ensure a win-win for both teams. Otherwise, tribes will have a clear win when their petition moves to the ballot.