Odds to Win the Masters 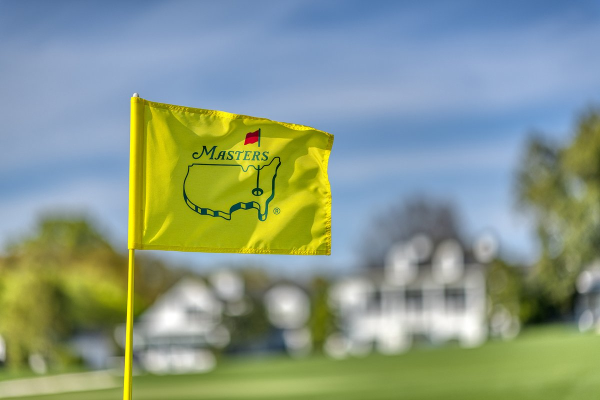 The Masters Tournament is the final major of 2020, as part of the PGA Tour’s new 2020-2021 schedule. Normally held in mid-April, the 84th edition of golf’s most famous tournament was pushed back due to the COVID-19 pandemic and now will be played from November 12th-15th, 2020.

Held at the scenic Augusta National Golf Club in Augusta, Georgia, the Masters will be played twice on the tour’s expanded 2020-21 slate and uniquely, both tournaments will be held before any of the other three majors are next played. For precautionary reasons, no patrons will be allowed on the grounds of Augusta National during the 2020 edition.

Below are the live outright betting odds courtesy of Draft Kings Sportsbook as well as suggested buys and fades for the PGA Tour’s most prestigious event:

No pre-tournament favorite has won The Masters in at least a decade, with Jordan Spieth (10-1, 2015) and Phil Mickelson (10-1, 2010) being the only winners among the top-3 betting favorites since 2006. In 2019, Tiger Woods’ Masters’ odds closed at 14-1, the fourth choice behind Rory McIlroy, Dustin Johnson, and Justin Rose. Since 2011, when Charl Schwartzel won at 125-1, the highest priced winner was Danny Willett at 50-1 in 2016. Based on these trends, it’s safe to say that the winner will come from amongst the top-25 betting favorites

11 of the last 12 Masters champions have posted a top-30 previously in their trips to Augusta National.

Colder temperatures in November compared to April mean that the 7,435 yard course will play even longer. Longer hitters should have a distinct advantage this go-around.

Bryson DeChambeau (+800): A notable national golf analyst said off the record recently that if the U.S. Open champion, DeChambeau, hits fairways with regularity, he’ll win The Masters by 10 shots. While that seems to be an over-exaggeration of sorts, Bryson dominated Winged Foot in September with length off the tee and the power to hit any of his wayward shots from the deep rough. Having finished 39th and 28th in his only two appearances at Augusta, DeChambeau merits a long look, though 8-1 odds to win The Masters aren’t all that appealing.

Jon Rahm (+1050): Since the tour restarted in June, Rahm won two of the three most difficult tournaments based on scoring, the Memorial in July and the BMW Championship in late-August. His course history at Augusta is fantastic as well, having finished 27th, 4th, and 9th in three tries. Like Rory above, it’s only a matter of time before Rahm wins the Masters.

Rory McIlroy (+1350): He needs a Masters win to complete golf’s grand slam, a win at each of the Majors. Yet in recent years, McIlroy hasn’t even registered a top-3 finish (4th-10th-7th-5th-21st) at the one track he has yet to tame. Arguably the PGA Tour’s most successful player at the outset of 2020, his results haven’t been stellar since the restart, with only two top-10 finishes. But do you really want to be left out when, not if, Rory wins his 1st Masters? Fade him at your own peril.

Jason Day (+3000): Day has a history of ridiculously good scores at the Masters, having never finished outside the top-30 when he’s played. With 2nd, 3rd, and 5th place finishes, Day is worth a long look at his current odds assuming his health remains okay. Keep an eye out for back issues as Day has struggled with them in the past.

Matthew Wolff (+4500): Another young bomber who has finished 4th and 2nd in the two majors played this calendar year, Wolff may be a fun long-shot play. His inexperience at Augusta – having never played the Masters before – is a concern and bucks the trend, but at 45-1, he’s worth a few bucks.

Xander Schauffele (+1600): Schauffele is $$$$ in majors, having finished in the top-10 six times in his last ten appearances in golf’s biggest tournaments. The problem is he can’t finish, having won ZERO of those tournaments. While another top-10 bet on Xander seems smart, at 16-1, save your money this time around.

Tiger Woods (+4500): Back-to-back winners of the Masters are few and far between. Only Jack Nicklaus, Nick Faldo, and yes, Tiger have accomplished the feat. But the only time Woods won at Augusta in consecutive years was in 2001-2002. Stick with history and pass on an aging player who hasn’t been in good form recently.

When and Where to Watch the 2020 Masters: