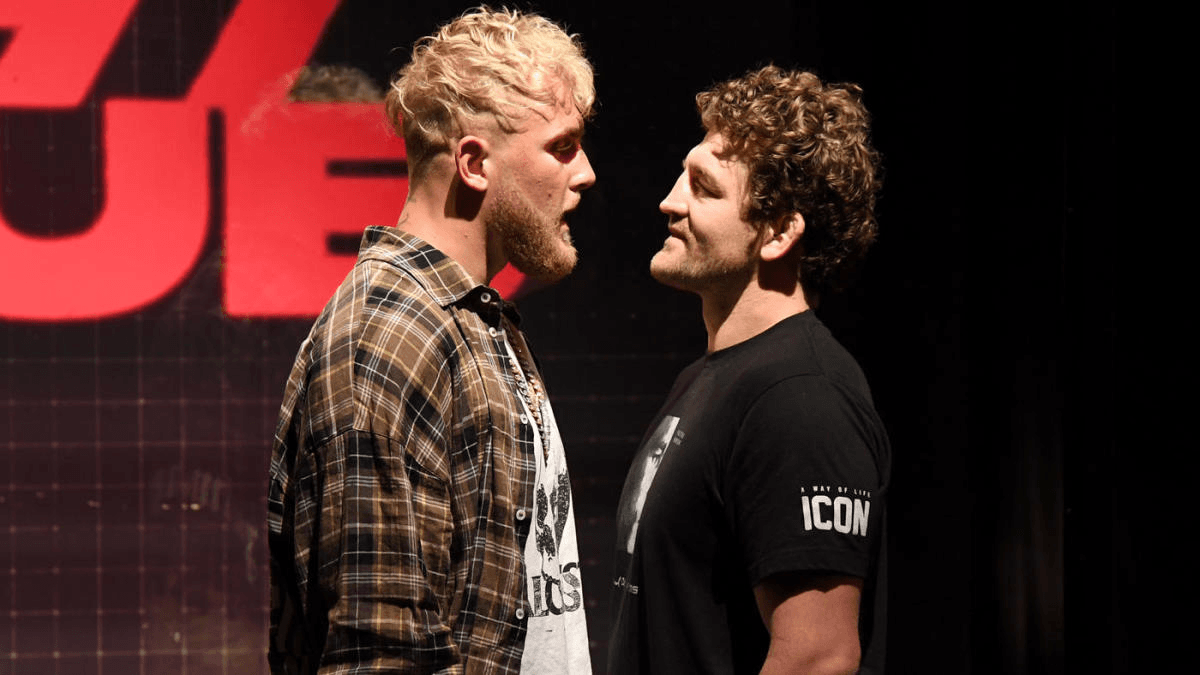 The wait is almost over, YouTuber Jake Paul is set to face former UFC fighter Ben Askren in the boxing ring this Saturday. Yes, this is real and if you think this event won’t do big numbers you’d be sadly mistaken.

“Celebrity” boxing has become a legitimate sport that has and will draw a lot of eyeballs, especially those that feature one of the two Paul brothers. The one thing that is different this time around is that Jake Paul will be facing someone who has some real, professional-level fighting experience in Ben Askren.

All odds listed are via FanDuel Sportsbook as of Friday, April 16.

In what may come as a surprise to fans of combat sports, Jake Paul is set as a sizable -193 favorite at FanDuel Sportsbook with Ben Askren coming in as the +150 underdog.

Paul has just two professional boxing fights in his career, one against fellow YouTuber AnEsonGib and the other against former NBA player Nate Robinson. Paul won both fights via KO/TKO. It will be a big step up in competition this time around as he’ll be taking on former UFC fighter Ben Askren.

Askren, who is a former NCAA National Champion and US Olympic Wrestler, has fought against some of the best martial artists in the world throughout his career. While he was never known for his striking, Askren has MMA wins over names like Douglas Lima, Shinya Aoki, and Robbie Lawler. He was also an undefeated 19-0 before suffering the infamous defeat to Jorge Masvidal at UFC 239 which came via flying knee KO just five seconds into the fight.

Despite never displaying formidable boxing abilities, Askren has faced many scarier strikers than Jake Paul and one has to think he has many hours of boxing under his belt while training throughout his 10-year career.

What to expect from Jake Paul vs Ben Askren

There’s no denying that Jake Paul looked impressive in his wins against AnEsonGib and Nate Robinson but there’s also no denying that this is a significant step up in competition. On the other hand, Ben Askren has never competed strictly in a boxing bout but yet he’s stood across many more talented strikers than Jake Paul.

Nobody knows what to expect but yet the general consensus seems to be that Ben Askren will win this fight despite FanDuel Sportsbook having him set as a sizable underdog.

One betting option that FanDuel Sportsbooks offers that could interest bettors is for the fight to end in a draw at +2000. Unfortunately, more than one of these “celebrity” boxing matches have had this result in the past. Jake’s brother, Logan, fought KSI in one of the first celebrity boxing matches that occurred and the fight was controversially ruled a draw. Many people believed this happened to create anticipation for their rematch.

Similarly, Mike Tyson fought Roy Jones Jr in November of 2020 in what was deemed an “exhibition” and despite Tyson clearly dominating the fight, judges ruled the contest a draw.

Whether you think that Jake Paul is set as the favorite because of his millions of fans are betting on him or if the sportsbooks actually think he’s that much better at boxing than Ben Askren, it’s best not to overthink this bet and take the plus-money action.

You don’t become the champion in two separate mixed martial arts promotions while holding on to an undefeated record for a large majority of your career without having some sort of boxing ability. Not only that, but his long history of achievement in wrestling proves that Ben Askren knows how to compete and knows how to win.

Jake Paul, outside of his two previous bouts against guys who never boxed before, is a professional YouTuber with no real professional athletic experience at any sort of high level. If you don’t think Askren is the better boxer you have to at least be able to admit that he’s the better competitor and has much more martial arts experience.