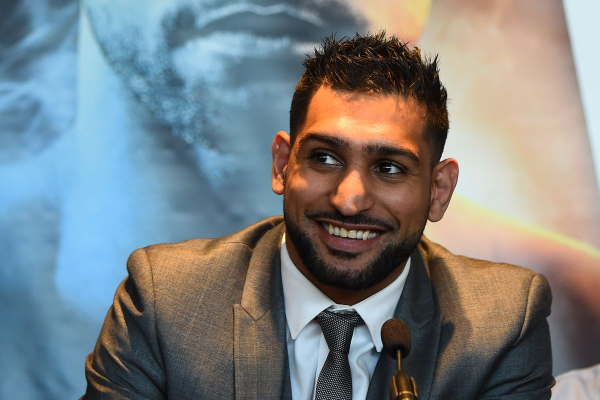 Terence Crawford will look to cement his place at the top of many people’s boxing pound-for-pound lists when he takes on Amir Khan on Saturday evening in New York’s iconic Madison Square Garden venue. While many laud Crawford’s impeccable skills, speed, and athleticism, and agree he passes the eye test, there remains some skepticism regarding his overall resume. Despite unifying an entire division (the 140-pound weight class, before moving up to 147), Crawford has yet to add a truly standout name to his slate. Britain’s Amir Khan goes some way to changing that, should Crawford prevail as expected.

Khan’s blistering hand speed makes him a dangerous proposition for any world-level opponent. However, his reputation for possessing a slightly brittle chin, coupled with his propensity to lose all discipline when hurt, means the +150 for a late Crawford stoppage win is an enticing proposition for anyone fancying a flutter.

This main event attraction is being broadcast on ESPN pay-per-view in the US. The last time Khan graced American shores ended in a devastating six-round KO loss to Saul “Canelo” Alvarez on HBO. Amir had audaciously moved up to middleweight to take on the Mexican star but was unable to sustain a bright start. When Canelo found him, he ended Khan’s night with a pulverizing right hand that left many genuinely fearing for Amir’s wellbeing as the Bolton man lay stricken on the canvas. Returning to the UK and signing with powerhouse promoter Eddie Hearn on a three-fight deal (the last of which is this fight), Khan needed barely 40 seconds to dispose of inept comeback foe Phil LoGreco. A rather tougher second bout, with Samuel Vargas, saw a potentially undermotivated version of Khan as the ex-Olympic silver medallist came in visibly underprepared. Footage from his camp shows that Khan will be in incredible shape come April 20.

Khan will need to adopt a game plan similar to the similar box and move strategy that garnered early success against Canelo if he is to realize any ambitions of upsetting Crawford. Anyone tempted by the odds on offer for an upset win will have seen Khan steadily drift out to +1200 to make it a reality.

Crawford, meanwhile, has adjusted seamlessly to his new life at welterweight. After winning a world title at lightweight, Crawford, 31, moved up to super-lightweight and unified his WBO and WBC belts with Julius Indongo’s IBF and WBA crowns when the pair met in 2017. In truth, Indongo was a decent fighter but never on Crawford’s level. Re-signing with Bob Arum’s Top Rank organization in 2017, Crawford now plies his trade on ESPN and holds a 34-0 record with 25 opponents failing to hear the final bell. In his first fight at 147, he stopped Australia’s Jeff Horn to win the WBO title (Horn was coming off the back of a win over Manny Pacquiao) and followed that up with a grudge match KO over Jose Benavidez Jr. Crawford wishes to box quality Texan Errol Spence Jr in what would be a potential blockbuster event for the sport. All of those plans will fade to dust if he does not first take care of Amir Khan.

Khan will likely enjoy patches of positivity early on. As he tires, the speed diminishes, and he becomes more of a stationary target. Omaha’s Crawford (a switch-hitter most comfortable as a southpaw) will start to pick to him off with sharp combinations. Always brave, sometimes borderline naive, Khan could see himself being broken down and finished within the final third of the bout. Therefore, the +150 on a Crawford stoppage in rounds 7-12 looks appealing.

On the undercard, Shakur Stevenson is as far out as -1450 to beat former world title challenger Christopher Diaz. Puerto Rican Diaz, who lost last year to Masayuki Ito in his vacant WBO title tilt, is +600.

The fact that one-time prospect Felix Verdejo and opponent Bryan Vazquez both opened at -120 shows how far Verdejo has fallen from the consciousness of the boxing public. The 25-year-old Puerto Rican puncher has spent spells away from the ring due to injury and misfortune and is now seeking to rebuild his career. Verdejo is currently -260 and Vazquez worth a look at +130.