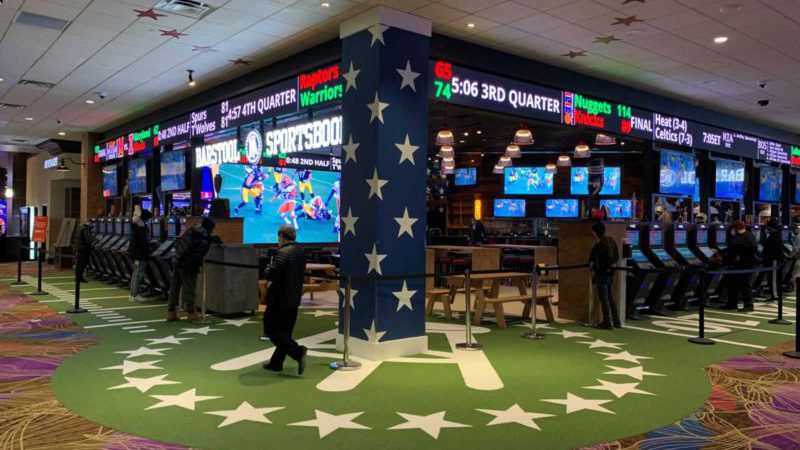 From the start, Barstool Sports was an outlier.

Its founder, Dave Portnoy, just did things that made sense to him – and then found the autonomy to expand the business in exactly the way he intended.

What is today a New York City-based digital media empire began as a free, handout leaflet back in 2003.

The paper presented what was then pretty much off limits to most mainstream sports publications: gambling advice, information and advertisements. The burgeoning interest in fantasy sports wasn’t lost on Portnoy, either, as the paper offered fantasy information and projections.

The rapid ascent began with a digital vision for success

Barstool launched on the internet in 2007, and its content grew to include the satire and cutting-edge controversy for which the product is known.

In April 2014, Barstool entered into an agreement with AOL for that company to provide space to bring exclusive online content from Barstool Sports.

In January that year, however, Barstool came under fire via The Cauldron (former partners with Sports Illustrated), which detailed a case of online harassment of a female critic by a Barstool writer and readers.

The Cauldron wrote that Barstool “uses social media as a weapon.”

Portnoy has seen numerous additional critics take shots at the personality of Barstool, but the growing numbers show that business hasn’t slowed.

Becoming a major national player on the media scene

The event that cemented Barstool Sports came in early 2016 when Portnoy secured an investment from media and tech firm The Chernin Group.

So, was Barstool still riding a wave of momentum?

“Maybe we are,” Portnoy told Forbes at the time. “Maybe we are going to be getting to that point. The growth since Chernin and since we’ve all been here, not to use a Deflategate term, but more probable than not. That’s how I feel and how we’re going.

“People are starting to put bets on us who weren’t in the past. … We have a legitimate chance to get to where we want to be.”

“This was not my cash out moment,” Portnoy wrote following the investment, which reportedly valued Barstool in the $10 million to $15 million range. “This was our best shot to literally take this thing to the moon. To swing for the fences. … Hopefully this deal makes us bigger, faster, stronger, better at everything we do.

“Chapter 1 of the book is done. Chapter 2 is about to begin. Next stop…the moon.”

The Barstool workforce numbering roughly 100 relocated to its current Manhattan office where, just a year after that, the company’s monthly web traffic boasted 6 million uniques while its official Twitter account has grown from 760,000 followers to today’s 2.8 million.

Portnoy, whose Twitter presence @stoolpresidente counts 2.5 million followers, didn’t do it alone, for sure.

After Erika Nardini came over following stints at Microsoft, Yahoo and AOL, she assumed oversight of the entire business side of Barstool.

That included Barstool gear, too.

“Barstool is a quick company, and I think that’s one of our single greatest advantages,” Nardini told Forbes in 2017. “In general, we’re quick on trends, we’re quick on what’s happening on the Internet, we’re quick on conversations. We’re witty and sharp but also when something starts to percolate, we know to make it into a blog. … It can then manifest itself into gear.

At Super Bowl LI in Houston, Totino’s sponsored the Barstool Sports house for the week.

The move led to word-of-mouth promotion — it became the cool place to engage — and included several co-branded videos for the internet promotional use as well as social media and the lifestyle of each on-site employee.

“As we’ve continued to grow, we’ve always been very upfront with the advertising side of it, so I think it’s the honesty with the readership,” Portnoy said of the integrated partnerships, crucial to Barstool’s early growth.

“We have this fanatical fan base that wants to see us succeed, and so they get it. They get that to get the free content and all of the things we’re doing — whether it be the blog, the podcasts, whatever — we need money. We need advertising. If you want us to go hire Michael Rapaport, well guess what, we need revenue to do that. They get it.”

The big step for Barstool — jumping further into sports betting — came Jan. 29, 2020, when it was announced that Penn National Gaming purchased a 36 percent stake in Barstool Sports for $163 million.

The Barstool valuation at that time moved to $450 million. Under the terms, Penn will boost its stake to 50 percent within three years for a payment of $62 million.

The Chernin Group maintained a 36% stake in the company.

Portnoy certainly isn’t prone to hoarding his money, developing and operating a fund to aid small business affected by the global pandemic.

He communicates with his 3.6 million Instagram followers and includes this on his page: I invented Internet/Barstool Sports. Now trying to save small business. All info regarding Barstool Fund at barstoolfund.com.

Portnoy has seen Nardini become a major driver of his company’s success.

From a Forbes story this:

“In her five years at Barstool, Nardini has led the way to a ton of growth but refused to let the company be put into a box. What was once just a loose collection of sports blogs with a 12 man staff is now one of the fastest growing lifestyle brands on the internet with 240 men and women in its employ.”

Among Barstool’s myriad assets are a radio show on Westwood One and several podcasts including programming from Portnoy, Spittin’ Chiclets, Pardon My Take, Call Her Daddy, The Kirk Minihane Show.