US Open Odds: Never too early to (d)jump on decent Djokovic value as Novak approaches history 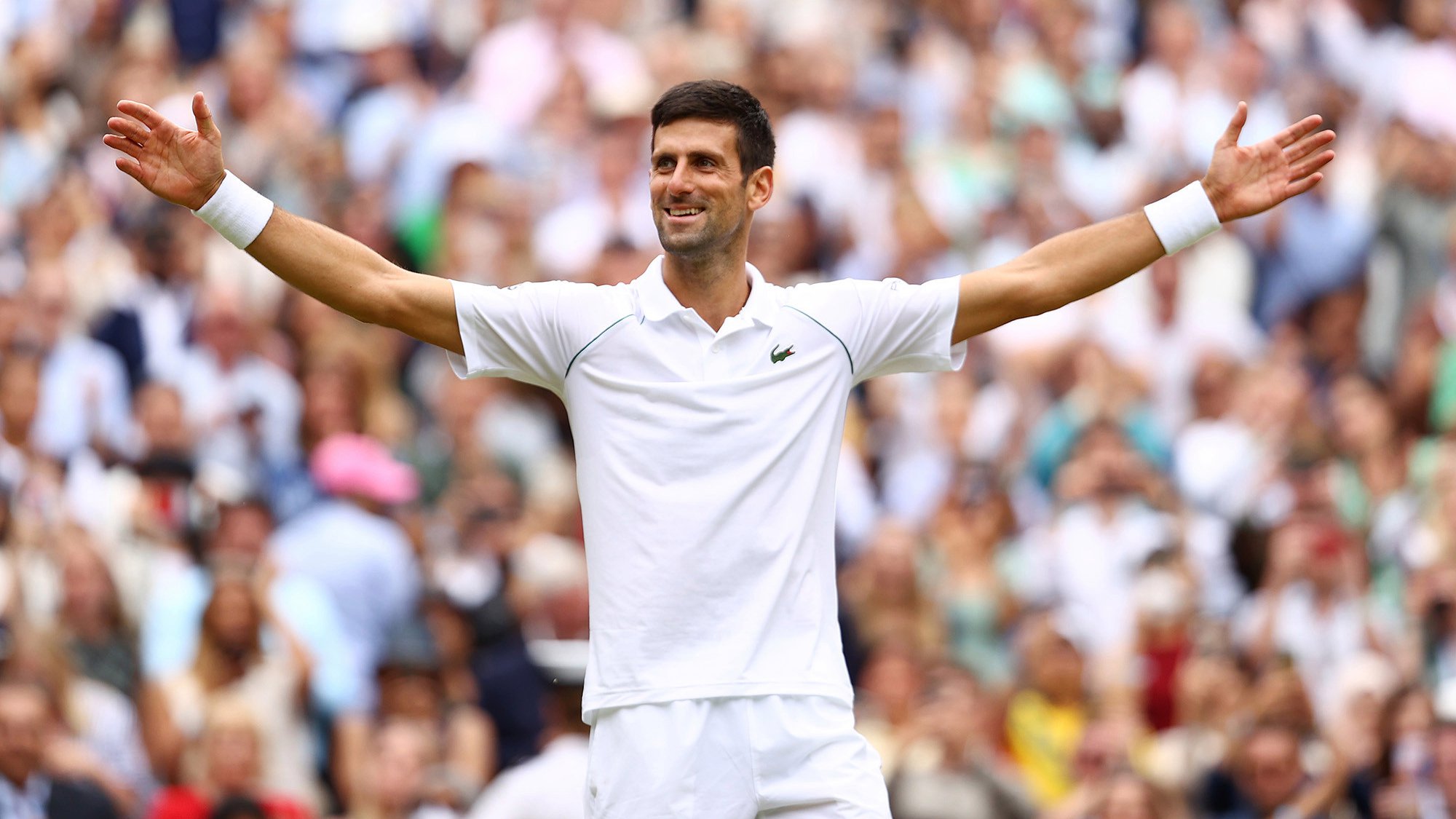 With each passing match at Wimbledon, it felt like a foregone conclusion that Novak Djokovic would claim the Wimbledon men’s singles title. He did not really need the benefit of a favorable draw to stroll to success, but he did have one. And he certainly did get tested in his last two matches, the outcome was never really in doubt, was it?

In the end, Djokovic backed up the odds and triumphed in yesterday’s final, downing Matteo Berrettini in four sets. Berrettini certainly pushed the world number one as hard as he could, taking the first set in a tiebreak and holding his own throughout the match. But holding your serve as paramount when you are not going to get many opportunities to break back, and that proved to be Berrettini’s undoing. Similarly, it proved to be Denis Shapovalov’s undoing in the semifinals. Shapovalov broke Djokovic early in the first set but was broken when serving for the set, then lost the set in a tiebreak. And after extending both the second and third sets, he was broken in the 11th game of each set and could not save himself in either set.

For all of the efforts of Shapovalov and Berrettini, it’s now three Grand Slams down and one more to go for Djokovic to complete a calendar-year Grand Slam. And with his 20th career Grand Slam singles title now in hand, Djokovic is now tied with Federer and Nadal for the most Grand Slam men’s singles titles.

Will he complete one of the rarest feats in professional sports and take top spot in the record books all by himself? The road will likely be a bit tougher at the US Open than it was at Wimbledon. But the odds are most certainly in his favor.

Odds to Win the 2021 US Open Men’s Singles Title

While Djokovic is still the undisputed favorite–and even more so than he was after winning the French Open–there have been some changes in the odds in the weeks since Djokovic rallied to beat Tsitsipas in five sets to win the title at Roland Garros last month.

When we last took a look at tennis odds, Thiem was the second favorite ahead of Medvedev, but the two have flip-flopped. Nadal, meanwhile, has the same US Open odds that he did after the French.

Post-French Open odds for the US Open men’s singles title were via FanDuel Sportsbook as of Monday, June 14 at 5:00 pm ET.

Where is the US Open betting value beyond Djokovic?

If you are looking to back Djokovic to win the US Open, there may be no better time than now to get an early bet in. It is always wise to try to maximize your value, whether it comes to futures betting or otherwise. And a month and a half before the US Open may feel early. But the needle is unlikely to move too far in a direction that will make waiting worthwhile if you already feel certain that Djokovic will complete the Grand Slam clean sweep.

The temptation to back someone that is not the favorite is always strong. But there is also something to be said for Djokovic’s prowess and how helpless even the best effort is against him when he is at the top of his game. Down a set? Down two sets? No deficit is beyond him right now, it seems. And last year’s US Open exit might provide him with extra motivation on top of the quest for #21 and the calendar-year Grand Slam.

But even though the smartest US Open futures play right now and going forward is Djokovic, you can have a profitable tournament even if he loses out somehow.

Will fewer high seeds fall victim to upsets at the US Open than at Wimbledon?

In addition to benefitting from smartly hedging on Djokovic futures and matches if and/or when the opportunities arise, there will also be plenty of opportunities to make money on other players and other matchups.

Beyond Djokovic, Wimbledon was a tough tournament for the top players who did play. No other top-five seed reached the quarterfinals, though Marton Fucsovics was the only unseeded player in the last eight. The other two majors have not had the same level of upsets, and the US Open should not either.

Defending champion Thiem, who skipped Wimbledon, is a good bet to make it deep, and so is Medvedev, who was a semifinalist last year. Also, the US Open is Nadal’s second-best Grand Slam after the French Open. Nadal, who also skipped Wimbledon, has won the US Open four times. The last title came in 2019, his most recent non-French Open Grand Slam title. So keep an eye out for the draw and the potential matchups that each could face, in order to make the most of betting opportunities.

And don’t dismiss Berettini, who reached the US Open semis in 2019 and is on the rise this season. He has already reached four finals this season, with titles at the Serbia Open (clay) and Queen’s Club Championships (grass).

Of course, there is a lot that can happen between now and late August. Injuries could factor in, and so could form. But while it will be worth watching the next month and a half of tournament action to determine which non-Djokovic options might be most worthwhile, there is no need to wait on taking advantage of what is still decent value on Djokovic. Barring the unforeseen, the focus–and your money–should be on Djokovic and his pursuit of history.

Tonight, the most pivotal game of the 2022 NBA Eastern Conference finals takes place in Boston, with the Miami Heat taking a 2-1 series lead into their matchup with the Celtics. In Game 3 on Saturday, the Heat took control early, outscoring the Celtics 39-18 in the first quarter and leading by as many as END_OF_DOCUMENT_TOKEN_TO_BE_REPLACED