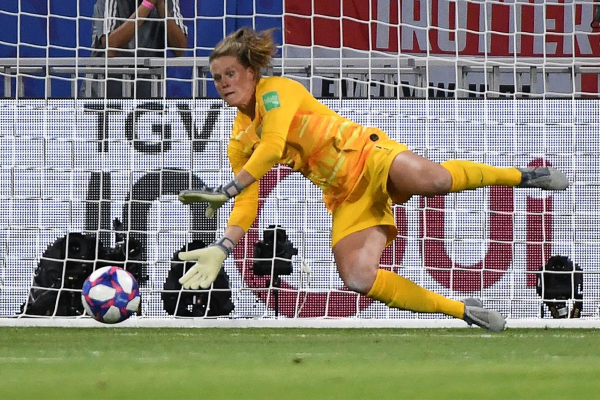 There were 24 teams at the start of the Women’s World Cup, and now we’re down to the United States and the Netherlands in Sunday’s final. After beginning the tournament as favorites, the U.S. remains the favorite heading into the final with a moneyline of -277. Meanwhile, the Dutch are listed at +575 to win the world championship.

The Americans began the World cup with a bang, thrashing Thailand 13-0, and even as the competition level has picked up, their level of play has not wavered much. The group stage may have been a breeze, but the U.S. has taken care of a tricky Spain team, the host France, and an England team ranked No. 3 in the world during the knockout stage. In short, they’re ready for the final.

As for the Dutch, they have also won all six of their games during the World Cup. They’ve been challenged at times, but the Netherlands has defeated three of the top 10 ranked teams in the world. The Dutch are yet to put together their best effort over 90 minutes, but they’ve always found a way to win, and there’s something to be said about that.

The Netherlands entered this tournament with one of the best attacking trios in the world outside of the U.S. However, the attacking band for the Dutch has turned into a game of musical chairs. After starting the first five games of the tournament, Shanice van de Sanden was benched in the semifinals against Sweden in favor of Lineth Beerensteyn, who has provided a spark coming off the bench. Lieke Martens was also subbed off at halftime of the semifinals, as she’s been ineffective for long stretches, in part because of a toe injury. However, she was replaced by Jill Roord, who has also been a difference maker as a sub.

Even if the Dutch don’t quite know who their best attacking lineup is right now, they have plenty of options. Vivianne Miedema may be the safest bet to get the start on Sunday. She leads the team with three goals in six games. After the U.S. backline had some issues with England striker Ellen White during the semifinals, there should be some concern about the multitude of ways the Dutch can attack. The U.S. game plan will likely be defense-oriented, but it wouldn’t be a shock to see the Dutch put a goal or two on the scoreboard.

Four years ago, the U.S. saved their best effort for the World Cup final, blitzing Japan and more or less sealing victory prior to halftime. Given the focus the Americans have shown throughout the tournament, it wouldn’t be a shock to see the U.S. save their best for last once again. They’ve already eliminated their two biggest competitors, France and England, so one could argue that the final should be a breeze.

One interesting aspect of this game is the lack of familiarity between the teams. The Americans have long been familiar with previous opponents like Sweden, France, and England. But they haven’t played the Dutch since September 2016, which was before the Netherlands won the 2017 Euros and arrived on the world stage. The Dutch have come a long way since then and could catch the U.S. a little off guard from the team they remember playing in 2016.

The Netherlands has a real chance to challenge the U.S., much like England’s attack gave them problems and created an open game. But the Dutch have yet to truly play at a world championship level for 90 minutes, and they’ve been outplayed by lesser teams at times. Meanwhile, the Americans have undoubtedly been the best team at the World Cup. Over the course of 90 minutes, they will prove that they’re still the best in the world. Bet on the U.S. to win their second straight World Cup championship on Sunday.