The Battle for the Crowned Champions of the MLS Eastern Conference 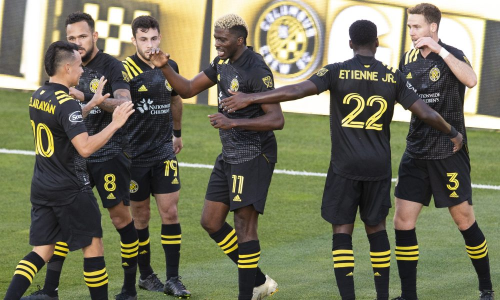 The Columbus Crew has scored in all 13 of their matches, will they score on Sunday?

The Columbus Crew is ranked 3rd in the Major League Soccer tables and is coming into this matchup with three straight wins. The team’s most recent match was against Nashville SC, which ended in a 2-0 win for the Columbus Crew.

In the ninth minute of the extra time, Pedro Santos found the net, scoring a goal for the Columbus Crew. Later, in the 103rd minute, captain, Gyasi Zardes, scored a goal of his own, securing the Columbus Crew a win in the match and a place in the finals.

The two goal-scoring center forwards, Pedro Santos and Gyasi Zardes, have been formidable this year and are leading the fort. The only player who has netted more regular-season goals than Zardes is Golden Boot winner Diego Rossi. Meanwhile, Santos has accumulated an impressive tally of eight goals and seven assists this year.

The New England Revolutions will be coming into this match, having beaten Orlando City 3-1 in their most recent match. Goals from Adam Buksa and Tajon Buchanan got the team a place in the Semi-finals against Orlando City, and three goals, two from Gustavo Bou and one from Carles Gil, got them through to the finals.

The Columbus Crew has beaten the New England Revolution in each of their last matches against each other. However, the Revolution has been scoring a lot of goals lately, but we are confident that the Columbus Crew will be crowned the eastern conference champions.