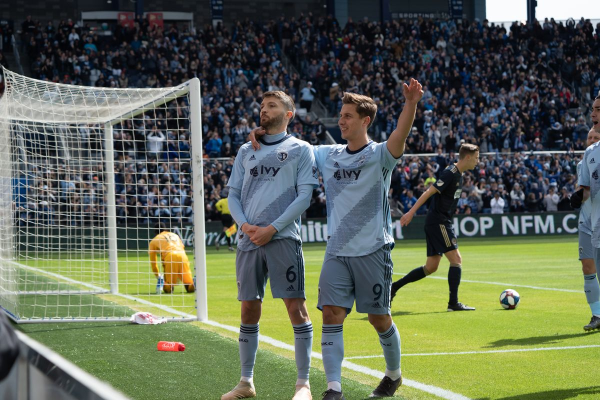 Fresh off its first-ever playoff victory, Minnesota United travels to Sporting Kansas City for a Western Conference semifinal that was pushed back one day to an 8:30 p.m. ET kickoff Thursday. The match originally was scheduled for Wednesday, but with the NFL moving Thursday’s Ravens-Cowboys contest, MLS decided to move the matchup.

FanDuel prefers Sporting KC in this one, giving the West’s top seed -160 moneyline odds to win and regular time and move to the Conference Finals on Dec. 7 against either the Seattle Sounders or FC Dallas. Minnesota United, the fourth seed, comes in after an easy 3-0 triumph over the Colorado Rapids in the franchise’s second-ever playoff match and is a +360 moneyline underdog.

Sporting KC had a more difficult time in its playoff opener, going to penalty shots before outlasting eighth-seed San Jose 3-3 (3-0). Goalkeeper Tim Melia stopped all three San Jose penalties after giving up the game-tying goal in the 97th minute – the final minute of stoppage time – after Sporting KC had rallied from a 2-1 halftime deficit to take a 3-2 advantage.

Minnesota United used a strong offensive showing from midfielders Kevin Molino and Emanuel Reynoso to advance. Molino scored twice (once in each half) and Reynoso picked up three assists, also helping on midfielder Robin Lod’s goal. Reynoso also missed a golden opportunity in the first half to score, his shot clanging off the right post.

Sporting KC (12-3-6) led all West teams in wins and enters the semifinal on a four-game winning streak. Center-midfielder Gianluca Busio registered a goal and an assist against San Jose, his first goal of the season in the 91st minute breaking a 2-2 tie before Sporting KC allowed the late equalizer. Forward Alan Pulido, midfielder Gadi Kinda and forward Johnny Russell each share the team lead in goals with six apiece.

Melia posted a 1.06 goals allowed per 90 minutes and has surrendered 21 goals on the season in 20 matches. The nine-year MLS veteran finished 11-6-3 this season, fronted by a defense that saw a streak of three consecutive shutouts end against San Jose.

Minnesota United (9-7-5) got off to arguably the most impressive start in Major League Soccer before the coronavirus shutdown, scoring eight goals in wins at Portland and San Jose. It returned to play and reached the semifinals of the “MLS is Back” tournament. Molino leads the offense with nine goals and four assists in 18 matches, while Lod has seven goals and five assists in 20 contests.

Minnesota United is fourth in the West in goal differential at +10, scoring 36 goals while conceding 26, and has 10 goals while going 3-1-0 across its past four matches. Goaltender Dayne St. Clair recorded six saves in the West quarterfinal, and Minnesota United saw midfielder Osvaldo Alonso return from a leg injury for his first action since Oct. 29.

How to Bet the Matchup

Pulido and forward Daniel Salloi (who has not scored in seven matches this season) are the co-favorites to open the scoring, each listed at +450, followed by forward Erik Hurtado at +500. Kei Kamara is the Minnesota United favorite to open the match’s scoring at +750 and to score at some point at +240. Both teams scoring is -168 while one team coming up empty is +132, and Sporting Kansas City is +110 to lead at halftime while Minnesota United is +400 to be on top at the break.

There will not be many surprises in this one, as the two teams meet for the fifth time this season. Sporting KC owns two victories and a scoreless draw so far against Minnesota United, and knows it has to be better than it showed in the quarterfinal. Minnesota United has plenty of momentum after its strong performance against Colorado, but Sporting KC figures to have just enough offense – plus Melia in goal – to advance.

After extending their hot and San Diego’s cold streak, the Seattle Mariners will be looking to leave Petco Park with a two-game sweep as they take on the Padres this afternoon. Yesterday, the Mariners pounded out a dozen hits and plated eight runs, and Chris Flexen pitched 6.2 shutout innings to collect his third straight END_OF_DOCUMENT_TOKEN_TO_BE_REPLACED