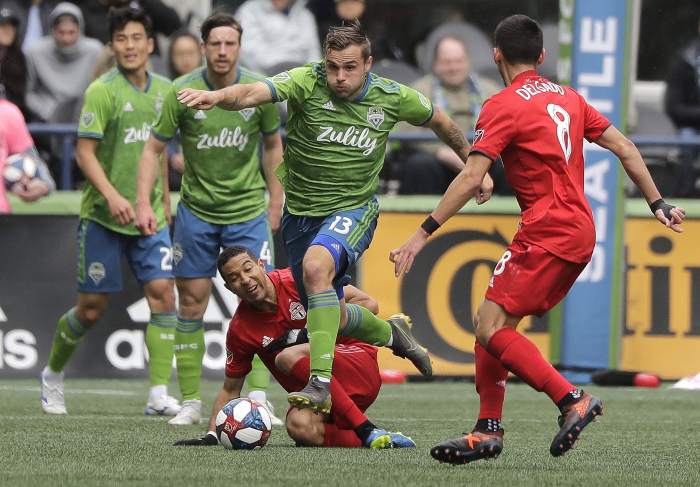 The Seattle Sounders won the MLS Cup a season ago, and in a postseason full of upsets the defending champs remain alive as they host FC Dallas at 9:30 p.m. ET Tuesday in one Western Conference semifinal.

FanDuel has the Sounders – the second seed in the West – with a -170 moneyline to advance to the conference finals on Dec. 7, against either Sporting KC or Minnesota United. Sixth-seed FC Dallas has a +400 moneyline to pull the upset.

The MLS playoffs are single elimination this season due to the coronavirus pandemic, and the win-or-go-home format has resulted in two of the top six seeds in the West and four of the top six in the East already losing. That bodes well for a veteran Sounders squad that is 11-6-5 and has a full week of rest following a playoff-opening 3-1 victory over LAFC in the conference quarterfinals, as Raul Ruidiaz scored a goal and registered two assists.

FC Dallas is 9-7-6 on the season after shocking Portland 1-1 (8-7) on the road in the West quarterfinals. Substitute Ricardo Pepi scored the equalizer in the 93rd minute after Dallas gave up the game’s initial goal in the 82nd minute, and Dallas eventually prevailed, as Jimmy Maurer made the only stop in an eight-round penalty-shot shootout.

Goalkeeper Stefan Frei has logged every minute in net for Seattle this season, the 11-year veteran recording a 1.09 goals allowed per 90 minutes and 58 saves in 22 matches. The Sounders have allowed one goal or fewer in six of their past seven matches.

Dallas gave up just one goal across a four-game stretch before surrendering three to Minnesota United in the regular-season finale Nov. 8. Maurer has posted a 0.84 goals allowed per 90 minutes across 16 matches, stopping seven shots in 120 minutes against Portland.

Betting on the Matchup

Dallas had a chance to end Seattle’s title quest in last year’s playoffs, but Morris recorded a hat trick in a 4-3 extra-time triumph in the opening round. This one doesn’t figure to be as close. Seattle looked like the champion it is with a strong offensive performance and solid work from Frei in its playoff opener. Look for more of the same Tuesday as the Sounders advance to the conference final for the fourth time in the past five years.