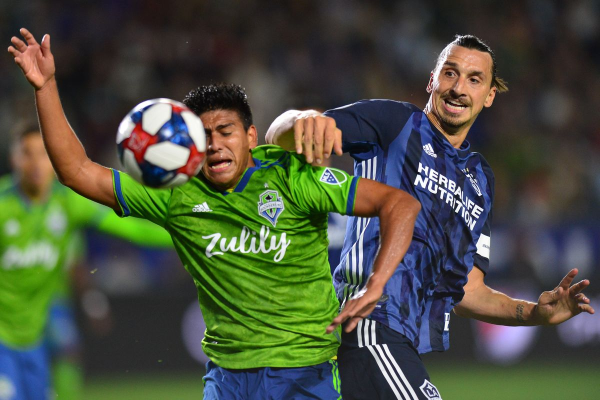 FanDuel Sportsbook has the LA Galaxy (+130) heading into this matchup as a slight favorite to win this match on the moneyline being they have the home field advantage, the Sounders are currently (+165), and a draw is (+250).

The MLS has announced that teams will play 10 more regular season games before playoff seeding is decided for the 2020 season. Making every single one of the remaining games crucial for all teams, whether they are happily in first place, or currently on the outside looking in.

This year the two clubs are on opposite sides of the western conference standings. The Seattle Sounders are currently tied for 1st place in the west with 21pts, and a record of (6-3-3). While the LA Galaxy have struggled in 2020, sitting at 10th place with 15 pts and a record of (4-3-5). It hasn’t been the year the Galaxy have expected, but there is still time left to play better, and squeeze into the playoff picture. In the MLS, the 7 best teams from each conference make the playoffs.

The LA Galaxy have struggled to consistently score goals throughout the year. The departure of Zlatan Ibrahimovic has left a glaring hole in the Galaxy attack, however, 24 year old Midfielder Cristian Pavon, is leading the team with 39 shots, scoring 6 goals and 17 of those shots on goal. International star Javier “Chicharito” Hernandez was brought in to be the next star for the Galaxy, but has yet to play to his full potential due to injury. Hernandez is set to return to the field for this game, which could revitalize the LA Galaxy offense.

The Seattle Sounders once again are one of the most complete teams in the league. They have one of the best offenses and defenses in the MLS this season. Year after year, they are consistently in the chase for the best team in the league. This year is no different, they are tied for the league lead with 26 goals, have the 3rd best defense allowing 11 goals through their 12 games, which put their goal differential at +15, second best in the league.

With the Sounders looking to remain in first place, and coming off of a tough 1-0 loss to the Portland Timbers, expect them to get right back to their winnings ways. The return of star Javier Hernandez may be the reason the betting odds favor the Galaxy (+130), but take advantage of the much better team being the betting underdog at (+165), a very rare sight.