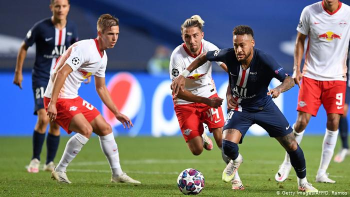 It took a lot longer than football fans expected but on Sunday the Champions League Final kicks off as two clubs compete for soccer immortality. Paris St Germain goes up against Bayern Munich in what should be a fantastic display on the pitch.

New to the Game

Paris are the newcomers. The club was established in 1970 and it took 12 years for PSG to win any sort of silverware. Everything changed for the club when Qatar Sports Investment infused some serious cash into the team. With more money came better players. Now the likes of Thiago Silva, Marquinhos, Kylian Mbappe, Mauro Icardi, and Neymar Jr. play at the Parc des Princes.

PSG has done rather well in the Champions League making the Round of 16 since 2012, but this is their first time playing in the final.

Bayern Munich on the other hand is one of the German Giants. They have been playing soccer for more than 100 years. When it comes to experience, Bayern has PSG beat.

Munich has also been much more successful compared to the French club. Bayern has 30 Bundesliga titles and has won the UEFA Champions League five times.

PSG is powerful up front. The trio of Neymar, Mbappe, and Angel Di Maria have been the driving forces of the team. In the midfield they are led by Marcos Verratti but the health of the Italian is in question. He might only be able to come on as a sub. In the back, PSG is solid as a rock with Marquinhos, Thiago Silva, and Presnel Kimpembe helping out on defense. They will definitely be challenged on Sunday as PSG is likely without starting goalkeeper Keylor Navas and is forced to play Sergio Rico.

Bayern also has a strong attack. Robert Lewandoski with 34 goals this season in the Bundesliga and 15 in the Champions League leads the way. Also up front is Philippe Coutinho, and Serge Gnabry. Thomas Müller heads up the midfield and is one of the best in the world at his position. Finally in the back, Jerome Boateng and David Alaba head up a quality defense.

Bayern (-105) are the favorites and they should be. They know what it takes to win big games such as these.

But at +235 there is some money to be made by going with Paris. They seem to be the team of destiny with how they have been playing. Also betting the over (3.5) would be recommended because these teams love to score.

Get ready for what has the makings of an amazing Champions League Final.