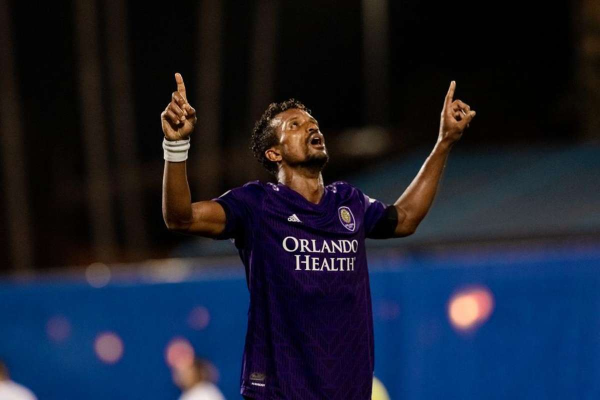 Since July 8th, the MLS has entertained from the Wide World of Sports complex in Orlando, and the championship game is set for Tuesday as Orlando City takes on Portland Timbers.

Neither teams were betting favorites when the tournament started, and the big names are already back home getting ready for the MLS regular season. But that stops either the Lions or the Timbers from celebrating a big accomplishment Tuesday night.

Orlando City has beaten Portland three times in the team’s head-to-head matchups while the Timbers have won just once. The teams have a tie in the fifth matchup as they’ve only met once per season since the Lions expanded into MLS. Orlando City has never lifted an MLS trophy while Portland won the 2015 MLS Cup and lost in the 2018 finals.

Christopher Muller has also scored three times in the tournament, including a brace in the group win over NYCFC. Tesho Akindele has two goals, and Joao Moutinho sent the LAFC game to penalties with a 90th-minute strike.

Orlando City opened as a +5000 favorite to win it all but surprised everyone by stealing Group A from NYCFC and Philadelphia Union. They beat tournament favorites LAFC in the Round of 16, Montreal Impact in the quarters, and Minnesota United in the semis.

Portland Timbers FC Outlook: Be On the Attack

Giovanni Savarese can count on experience with seven players from the 2018 MLS runner up squad and three who lifted the MLS Cup in 2015 as part of his typical starting XI.

That experience has helped Portland navigate a tough group where they had the third-best odds but still claimed the group. The Timbers beat LA Galaxy 2-1, Houston Dynamo 2-1, and took top honors with a 2-2 draw against LAFC.

They struggled to a 0-0 draw against FC Cincinnati before winning the Round of 16 game in a shootout. The Timbers bounced back to beat Sporting KC 4-1 in the quarters and dispatched Philadelphia Union 2-1 in the semifinals. Goalie Steve Clark has an impressive 19 saves in the six games and also turned away Cincinnati in the shootout.

Jeremy Ebobisse leads Portland’s attack with four goals, while Sebastian Blanco has five assists to go along with three goals. Captain Diego Valeri has added two goals and one assist while Eryk Williamson and Diego Chara lead the defense.

This could be a defensive struggle, and controlling the midfield is critical, especially for Portland. Both keepers have been in top form in Orlando, and each side has a clear-cut MVP candidate in Nani for Orlando and Blanco for Portland. Orlando coach Oscar Pareja has winning success in his former MLS stops, but Portland has the players with experience on their side.