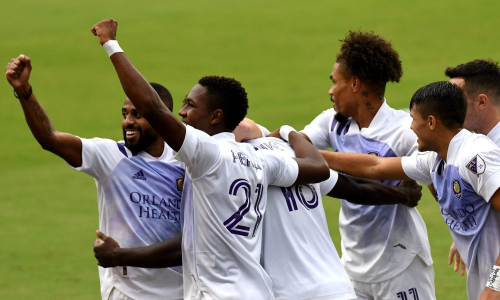 Orlando City, in their last fixture, defeated the New York City FC in Round One to advance. Nani opened the scoring with an early penalty in the 5th minute into the game. New York City’s Maxime Chanot equalized in the 8th minute (just three minutes after) with a header off a corner kick. Orlando City was down to ten men, as Ruan was handed a red card in the 87th minute.

The game was held to a stalemate (1-1), after 120 minutes of soccer, including extra time. The game had to be decided by a penalty shoot-out. This saw the Orlando City triumph over New York City FC (6-5), during which the Orlando City goalie, Pedro Gallese, was sent off.

Pedro Gallese will be missing the game against the New England Revolution after his suspension appeal was rejected.

Bruce Arena and his boys secured a much-needed victory against the Philadelphia Union for the fourth time this season. In a Round one fixture, the New England Revolution came off victorious against Philadelphia on Tuesday by a 2-0 win. Both teams have gone at each other five times this season, with the New England Revolution being victors four times and the other ending in a stalemate.

Carles Gil missed previous meetings, but on Tuesday, he was on full blast, as he made a huge impact. Gil was instrumental to both goals scored, as he was responsible for setting up Adam Buksa and Tajon Buchanan in the 26th and 30th minutes to secure the win.

The Orlando City Lions have been great at home, having a 7-3-1 home record. They have a great scoring rate at home, tallying 24 goals in 11 matches while conceding only 12 goals. The New England is coming into form with the return of Gil to the lineup. They should give the Lions a tough game. We expect Orlando City to be victorious at home against the New England Revolution.

The game promises to be fun and might end in a draw. But we would go with the Orlando City Lions to be victorious at home against the New England Revolution.