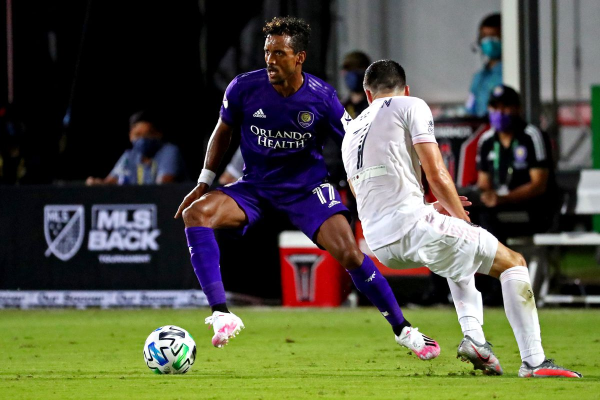 With the playoffs so close, the remaining games are still very much in danger of being postponed or cancelled. Since September 24, MLS has had to postpone 10 games due to outbreaks of COVID-19. Teams will have to complete their reduced 23-game schedule by November 20 in order to begin the playoffs. Coaches and players are on edge as the tumultuous 2020 season is coming to a close.

Barring any changes in schedule, here’s a rundown of the weekend slate for Major League Soccer from Saturday, October 24, to Sunday, October 25.

Note: Sporting Kansas City v. Colorado Rapids is being played on Saturday but it’s a make-up game from September and no odds were given for the game.

Game Match up and Betting Analysis

Inter Miami CF v. Orlando City SC – Inter Miami needs a win this weekend in order to keep their playoff hopes alive. It’s a shot in the dark as Orlando City are a dominant team. Orlando has won 2 out of 3 matchups against Miami this year.

Advice: Orlando is playing great and a clear favorite over Miami. This game could be a money maker as the odds favor Miami, but Orlando is the better team comfortably

Atlanta United FC v. DC United – DC United hasn’t been playing well this year and their season is essentially over. Atlanta needs a win to keep their playoff hopes alive. This is a matchup between two bottom wrung teams.

Advice: Avoid this match as both teams lack playoff hopes

Chicago Fire FC v. New York Red Bulls – Chicago remains in the 10th spot by a point. Striker Robert Beric (Chi) has 7 goals on the year and will have to step-up to keep Chicago’s playoff hopes alive. New York will look to exploit a weak Chicago backline in this match.

Advice: Chicago is making an impressive playoff push, while New York can move into a better playoff spot. I like New York in this spot, with great value.

FC Cincinnati v. Minnesota United FC: This is an inter-conference match where down-and-out Cincinnati faces an impressive Minnesota team. Minnesota stars Kevin Molino and Robin Lod are the team’s leading scorers and should be excited for this matchup. Cincinnati’s offense is basically non-existent.

Advice: Minnesota is clearly favored in this matchup as they continue their playoff push. It’s not the most exciting game but could be considered a safe bet. Minnesota should be able to win this match without too much trouble. A bet on a clean sheet from Minnesota may be interesting

New York City FC v. Montreal Impact – This should be another exciting matchup as both teams are trying to keep their playoff hopes alive. Montreal will have to really bolster its defense in order to hold NYC at bay.

Advice: The spread is ridiculous. Montreal isn’t terrible and they have a shot to win this game. Any bettor should be tempted to take Montreal because of those juicy odds.

Philadelphia Union v. Toronto FC – Toronto is the best team in the league, with Philadelphia nipping at their heels. Alejandro Pozuelo (Tor) is their leading scorer with 8 goals this season. He will be tough for Philadelphia to stop.

Advice: This is a great matchup between the best teams in the league. This game could easily end in a tie as both teams are so evenly matched.

Houston Dynamo v. Columbus Crew SC – Columbus is led by top-scorers Gyasi Zardes (8) and Pedro Santos (6). Houston’s playoff dreams are dwindling and they lack top tier talent. Columbus has a solid defense and it will be difficult for Houston to gain an advantage in this game.

Advice: Columbus should be able to cruise to a win in this game. Houston has flashes of talent but they will struggle to gain an advantage in this match.

Real Salt Lake v. FC Dallas – The western conference is closely contested, and a win by either team would reshape the standings. Real Salt Lake remains a point below the cutoff but could gain a spot with a win. Salt Lake’s Damir Kreilach has 7 goals this season and could have an impact.

Advice: This will be a tightly contested match but it seems Dallas has the advantage. Salt Lake has less points than Dallas despite playing 2 more games this season. Dallas has a good shot of winning this one, and the odds are too nice to pass up.

Vancouver Whitecaps v. San Jose Earthquakes – Currently, these teams hold the 7th and 8th spots in the western conference. San Jose is just 3 points above Vancouver. Look for a high-scoring match as both teams have struggling defenses.

Advice: This could be a fun game where both teams are blasting the ball into the back of the net. Both teams have allowed 40+ goals this season. Expect a high scoring matchup.

Advice: The Galaxy have a lack of offense that will struggle to keep-up with LAFC. It’s a far reach to suggest the Galaxy will pull-off an upset as their season is basically over. LAFC should win this with ease.