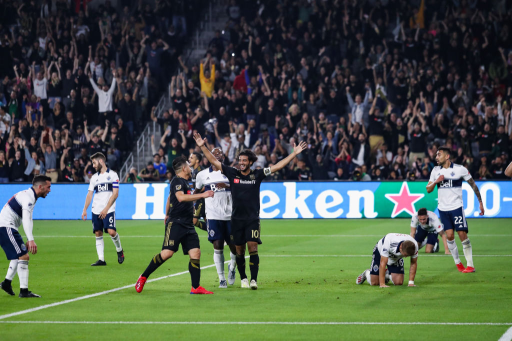 The Major League Soccer usually runs from February to October, with the Playoffs commencing from October and running through November. However, the year has brought with it a lot of alterations to nearly everything, including sports events, and consequently, the MLS schedule.

The COVID-19 pandemic has forced Major League Soccer to postpone a total of ten games this season. However, things are slowly getting back to normal. This does not mean that future games are not at risk of postponement or cancellation. With the playoffs fast approaching, the teams will have to round off their 23-games schedule by November 20 for the playoffs to commence.

Major League Soccer in October announced that the playoff places and the Supporters’ Shield for the 2020 season, will be determined by points per game.

This Sunday, there are 11 matchups scheduled to take place:

The Chicago Fire team has been performing poorly lately, placing them at No. 18 in the MLS table. They have lost 1 and drawn 4, winning none. New York City FC, on the other hand, has performed fairly well this season, winning 3 out of their last 5 matches, losing 1 and the other ended in a stalemate.

The Atlanta United FC stats show that they have been performing poorly this season, placing them at No. 20 in the MLS table with a win average of 27%. The Columbus Crew, however, have a great form with a 48% win average, and they seem ready to dominate this matchup.

Orlando City is comfortably situated in this matchup with a ppg of 1.85 and a 50% win average. Nashville SC is not far behind with a 1.32 ppg and a 32% win average. However, the odds favor Orlando City to win.

In this matchup, Philadelphia is the clear favorite with 3 wins in their last 5 five matches and an impressive ppg of 2.00. Meanwhile, the New England Revolution is struggling with a 1.39 ppg and a 35% win average

Real Salt lake is rated poorly in performance with a 23% win average and a 1.00 ppg. The Kansas City team is the obvious favorite in this game, with a 1.68 ppg and a 50% win average.

The San Jose Earthquakes are the lesser team in performance rating, and they are the underdogs in this matchup. The Seattle Sounders are doing quite well with a 1.64 ppg and 45% win average.

Both teams have poor performance ratings. However, the Vancouver Whitecaps have performed better with a 1.09 ppg, yet they are the underdogs in this matchup. This one is a tough call.