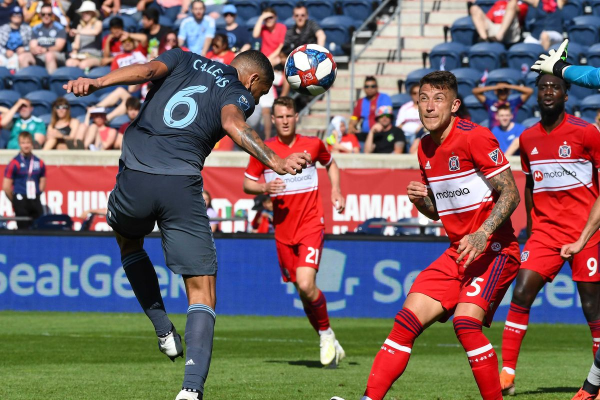 With each team only having one or two more games until the playoffs, some teams are looking ahead to their playoff hopes while others are gearing up to sit back in their recliners. After last week’s Sporting Kansas City and Minnesota United FC match was postponed due to COVID-19 cases, the schedule of matches entered a phase of perpetual shifting. Hopefully, the matches for Wednesday (11/4) are to be played as intended.

The current standings heading into the second to last week of regular season play are Philadelphia Union, Toronto FC, Columbus Crew SC, Orlando City SC NYC FC, and New England Revolution taking up the first six spots. Nashville SC and New York Red Bulls have locked in their positions for the 7th and 8th seeds, respectively. The Montreal Impact, Chicago Fire FC, Atlanta United, Inter Miami CF, and DC United are all in the hunt to make the final playoff spots in the Eastern Conference.

Orlando City SC v. Columbus Crew SC – The two teams will be competing for the third playoff spot after both coming off successful matches last week. Columbus and Orlando City both have 38 points coming into the game, making this game my favorite of the week.

Advice: This game is going to be an incredibly fun and exciting game to watch as these two teams compete for the higher ranking. Neither team has major injuries or any suspensions. Columbus Crew will be riding their win against the Union, making them more confident in themselves. I like Columbus to come out on top with the prop bet of Crew to be the first-half winner at +260.

Advice: I think taking Minnesota United on this one is not a bad bet. They are the better team and should handle this game with ease. I like the game prop of Minnesota United to win by two at +540.

Nashville SC v. FC Dallas – Both teams are coming off wins last week as they prepare to face each other. During their last encounter in August, the teams had a scoreless tie. The teams have met three teams this season with a record favoring Nashville FC 2-0-1, with the latest match resulting in a 3-0 Nashville win.

Advice: Nashville has gone 3-0-2 in their past five games, outscoring opponents 9-3, while Dallas has gone 3-1-1 and outscored opponents 6-4. The two teams are picking up steam at the right time, I can see this game being a true battle. I can see the two teams settling in a draw.

Portland Timbers v. Colorado Rapids – The Rapids took the MLS by storm last week after handing Seattle a stylish loss. Due to this win, Colorado will come into this game with momentum. However, Portland has gone unbeaten in their past four matches and remains the top seed in the Western Conference by two points.

Advice: Although Colorado still has playoff hopes, I cannot see them gaining access to the elusive club on Wednesday. I like Portland to win the first half of this contest as well as remain on top at the end of full time. This game prop can be taken at +195. I also really like the game prop of taking under 2.5 goals scored in the game.

Los Angeles Galaxy v. Seattle Sounders FC – Los Angeles has seen their playoff chances fade away into a deep abyss in the past few weeks as Seattle continues to roll through their opponents. Aside from their fluke loss against Colorado on Sunday, they have only lost once in their last seven games.

Advice: Seattle is looking to move up a spot in the rankings and can do so with a win over the Galaxy. I like the Sounders to take this game as well as for them to take the first half. This game prop is currently at +160.