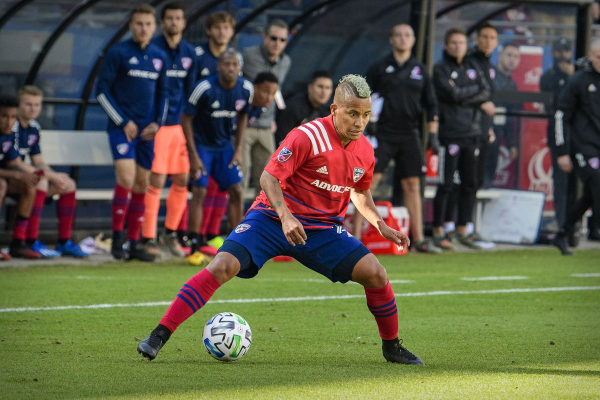 Nashville SC plays host to FC Dallas at the Nissan Stadium, Texas, on Wednesday, November 4th. This is coming barely a week after they both last met at the Toyota Stadium. Both teams met last Wednesday, with Nashville SC coming away with the win.

Nashville SC midfielder David Accam, an 86th-minute substitute, scored the lone goal in the match. Last Wednesday points to the end of a long competitive break for both teams, as both Nashville and Dallas could not play in the MLS because of the COVID-19 outbreaks that ravaged through both teams’ ranks.

Nashville SC is the favorite to win by sportsbooks like FanDuel with odds of +110, while FC Dallas is set at +230.

Betting Preview on the Nashville SC

Nashville began the MLS season, losing two games consecutively to Atlanta United and Portland. Although Nashville drew blood when it defeated Dallas, its rating is far from fantastic as many pundits see the upcoming game as open as the day. Some betting experts are of the opinion that the last win was a fluke, and Nashville only won because FC Dallas couldn’t convert their chances. Nashville is sitting 14th, four places behind Dallas on the combined table with 29 points.

After playing 20 games the entire season, FC Dallas can only boast 31 points out of a possible 60. The Western Conference team has 22 goals from 18 matches. This translates to a goal index per game pegged at 1.22. FC Dallas may yet find it difficult to put one past their opponent’s goalkeeper. Although, one will expect that FC Dallas will be coming into the game with stronger adrenaline just because they had double wins over Houston Dynamo and Inter Miami FC. To a large extent, each team will drag for a win they both desperately need.

Key injuries in both teams

Possible Winner of the Showdown

The Nashville and Dallas game promise to be a close one. The game is essential for both teams, and both teams will try to carve out a win. On both sides, the starting 11 and the gentlemen on the bench will do well to rescue the 3 points or lose it. Ninety minutes from kick-off at 8:30 pm promises to be nothing but exhilarating.

So far, both teams have not exactly been impressive in the league, and we might be expecting too much if we are hoping to see a game filled with goals from both teams. Nashville FC has one of the most robust defenses in the league this season, but they are stuck with a weak attack. Dallas FC has a more impressive attack, and they score more goals. This could turn out to be a cagey match that ends in a draw for both teams, and this is confirmed by the betting odds displayed by FanDuel.