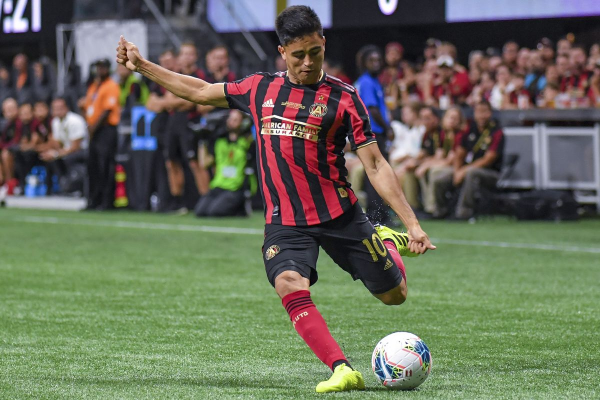 The NY Red Bulls head down to Florida in what should be an interesting matchup between Inter Miami and the New York. Here is what bettors should keep an eye on.

The MLS season is past the midway point and that means that we are finally getting to see what teams are truly made of. Wednesday’s matchup between Inter Miami and NY Red Bulls will be an important one for both teams. The race for the MLS Cup is nearing its end.

Miami currently sits in 11th place in the Eastern Conference standings. This puts them just outside of the expanded playoffs, which is quite disappointing for David Beckham and company, who were looking to make an impact in their inaugural season. They’ve gone 3-7-2, and with all the hype surrounding the team and ownership, that isn’t the type of result that was expected.

This may be why Beckham decided to break out the checkbook. Miami recently made major moves, acquiring French international and former Juventus midfielder Blaise Matuidi and former Juventus forward Gonzalo Higuain. While these guys are a bit on the older side, that is some world-class talent and that means Miami should start tallying some wins. They’re not expecting anything less after adding such premier players, with an eye towards a late playoff push.

On the other side of the pitch we have NYRB, who have had a quality season so far. They are in the middle of the pack in the Eastern Conference currently, sitting in 8th place. This should get them into the MLS Cup playoffs.So far their leading scorer is Kyle Duncan, who has two goals and two assists on the season. NY is also getting some quality play from Kaku, who has a goal and three assists.

NYRB is coming off a loss to FC Cincinnati which definitely left a mark. Cincy has been one of the worst teams since returning from the MLS is Back tournament, so this was a bad loss. Miami, on the other hand, is coming off a great win over Atlanta United in what manager Diego Alonso described as the team’s best match played on the road. Coming home they should be even better.

Currently, Inter Miami (-107) are slight favorites, according to DraftKings. The oddsmakers are definitely right here with this one, as Miami just seems to have too much talent for NY. Rodolfo Pizzaro also has been having a great season so far, with 3 goals and 4 assists this year.

There is also some money to be made regarding the goal total in regular time. Right now a bet of over 3.5 gives you odds of +200. This should be a high scoring game. Both teams have given up more goals than they have scored, so plenty of balls should be getting past the goalkeepers. This also means that you could bet both teams to score. That would add some extra bang for your buck if you are confident in the goal scoring abilities of both teams.

The reason that you should still take Miami is because they have the better goalkeeper; Luis Robles has been great for the club so far in 2020. Miami’s keeper has two shutouts and has 29 saves on the season. Even at 36 years old, he still has some spring in his step, and has made some amazing saves so far this season. One of these saves could be the difference in a high scoring affair.

Overall this should be an exciting game for bettors to watch. There will be plenty of goals scored and Miami has some world-class players on their roster. A win could see Miami jump into the playoff race as the season winds down.