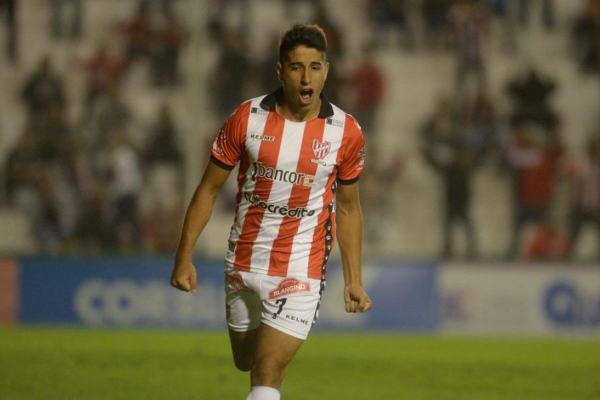 Major League Soccer (MLS) outfit Houston Dynamo are reportedly looking to add a new forward to their roster. According to reports in Argentina, they have targeted Mateo Bajamich.

Bajamich is a 21-year-old forward, who plays in his native Argentina.

He is part of the roster at Instituto Atletico Central Cordoba – a soccer club, who play in the Primera B Nacional. This is the second division of Argentinean football.

Over the years, Instituto have produced several famous players. Perhaps, by far the best known is Paulo Dybala, who plays in Italy. In his 38 appearances for Instituto, he scored 17 goals.

Dybala has since gone on to become one of the best forwards in the world. His goals have helped Italian giants Juventus to several Serie A titles, plus an appearance in the 2016/17 Champions League Final.

Although Bajamich is a rookie forward, he has an impressive strike ratio. He has scored 10 goals in 29 career appearances for Instituto. Nine of these goals came during the 2019/20 season.

Sunderland is a large and well-respected soccer club in England. Unfortunately, they have struggled in recent seasons. This has seen them fall from the English Premier League to League 1 – which is the third division of English soccer.

However, the club – who are nicknamed The Black Cats – are eager to claw their way back to the Premier League. For this reason, they have a large scouting network, which is far beyond the scope of other clubs in their division.

Unfortunately, the English club are impacted by the financial restraints of League 1 football. This is despite Sunderland being a huge club. Therefore, they have submitted a much lower bid for Bajamich, than Houston’s $1.2 million offer.

It now seems unlikely that Bajamich will join Sunderland.

Presently, Houston forward Darwin Quintero and his teammate Alberth Elis, have scored 4 goals each this season. Overall, as a team, Houston Dynamo have scored 16 goals in their 9 games played. This is quite good, but the Texas-based side lack a prolific goalscorer in the mould of say, Diego Rossi of Los Angeles FC.

Certainly, the addition of Bajamich could add more firepower, thereby propelling Houston to mount an improved challenge for MLS silverware. Bajamich’s pace and clinical finishing, would be an additional threat in the Houston line-up.

Houston sit in 6th place in the Western Conference of the MLS. However, they are just 4 points behind Sporting Kansas City, who have played one game more. In the last game, Houston recorded their third straight victory, when they defeated Sporting KC by a 2-1 score line. Elis and Mauro Manotas scored the goals for Houston, thereby extending The Dynamo’s unbeaten streak to five games.

Definitely, the bookmakers will be watching for further news regarding Bajamich. If he does join Houston, then the traders – such as those at FanDuel Sportsbook – will re-price Houston’s odds accordingly.

Bajamich’s future is expected to be resolved within the coming days. However, now could be the time to think ahead of the bookmarkers.