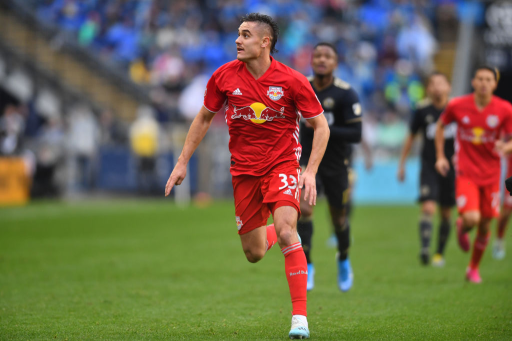 On Saturday 10th October 2020, the New York Bulls make the trip to Georgia, to take on Atlanta United at Mercedes-Benz Stadium.

For betters, this match provides a real test of their knowledge, as there seems no clear favourite. A draw seems equally unlikely given the form of the two teams.

Atlanta are the favorites to win, though only slightly. FanDuel’s moneyline has Atlanta at +150 for the victory. Meanwhile, NY Red Bulls are priced at +160, with the tie at +230.

Personally, I am opting for a safety net of the double chance of Atlanta or a tie. The odds are –220 for this outcome. If you fancy a double chance wager on NY Red Bulls or a tie, then this is –210.

Atlanta On An Unbeaten Streak

They are currently on a two-game unbeaten streak. If they avoid defeat to the Red Bulls, then their streak extends to 3 games, which would be a season high for United. This compares favorably with the Red Bulls’ streak of 2 loses.

On Wednesday, Atlanta tied their home match 0-0 against Orlando City SC. This now gives Atlanta a 5W-8L-3D record in the Eastern Conference. As the MLS heads towards the playoffs, Atlanta know that they need to find consistency, as they sit 9th in the table, just two spots out of the playoffs.

In addition to their unbeaten streak, Atlanta have been handed another boost ahead of the match. Their new designated player signing – Marcelino Moreno – has been cleared to make his debut.

Carlos Bocanegra, Atlanta’s technical director, was quick to highlight the increased confidence among his roster. “You’re starting to seeing the confidence and competence in the group,” he said during his pre-game press conference on Thursday. “We hope it’s a turning point for us, plus a much-needed offensive spark from Marcelino is going to be very much welcomed for us.”

There is no doubt that Atlanta have the makings of a good side. Unfortunately, they have one major problem – namely their offensive play. This season, they have scored just 17 goals in 16 games – a ratio of just over a goal per game.

At present, their leading scorer is Jon Gallagher with just 3 goals. If you think he can add to his tally then Gallagher is priced at +330 as an Anytime Scorer. Six other United players have scored 2 goals each this season. Of this pack, forward Adam Jahn is arguably the most likely to be score. He is priced +240.

The NY Red Bulls have also fared badly on offense this season. They have netted 19 goals in their 16 games. Like Atlanta, they do not possess any one prolific goal scorer. Daniel Royer is their lead scorer this season with 4 goals, double the tally of their next highest scorer.

Royer is priced at +260 at FanDuel as an Anytime goal scorer. Brian White at +210 is the bookmaker’s favorite of all the NY Red Bull players. Tom Barlow at +250 could be worth a shot, although he is an injury concern.

While some signs point to an Atlanta victory, the NY Red Bulls possess an unknown factor: Gerhard Struber.

Earlier this week, Struber was named the head coach of the Red Bulls. He joins from Barnsley – an English soccer club – where he performed a miraculous job last season. In the final minutes of Barnsley’s final match of their 2019/20 season, they secured a victory that prevented their relegation. Struber had joined Barnsley earlier in the season when their relegation seemed nothing but a formality.

Whenever a new coach is appointed, soccer clubs often enjoy an immediate change in fortunes – if only in the short-term. Sadly, however, this did not happen on Wednesday, as within hours of Struber’s appointment, the Red Bulls lost 2-1 at home to Inter Miami. This might be due to the fact that Struber is unable to personally take charge as he is awaiting his U.S. work visa.

If Struber can affect things from afar, then this makes the Red Bulls more attractively priced for the win.

The Red Bulls go into this match looking to improve on their 6W-8L-2D record, which places them 7th In the Eastern Conference.

These hopes have suffered a blow with the losses of Alejandro Romero Kaku and Christhian Casseres Jnr, who were called up to the national teams of Paraguay and Venezuela respectively. Other than Patrick Seagrist, who is ruled out with a groin injury, they have no definite non-starters. However, Amro Tarek (thigh), Sean Davis (knee) and Tom Barlow (knee) are reportedly carrying nagging injuries.

Meanwhile, Atlanta’s Josef Martinez is missing due to a long-term anterior cruciate ligament (ACL) injury. In addition, Matheus Rossetto (not medically cleared) and Erick Torres (sprained knee) are likely to miss the game. Rumors also surround Barco’s injury, but officially, he is listed as “day-to-day”.