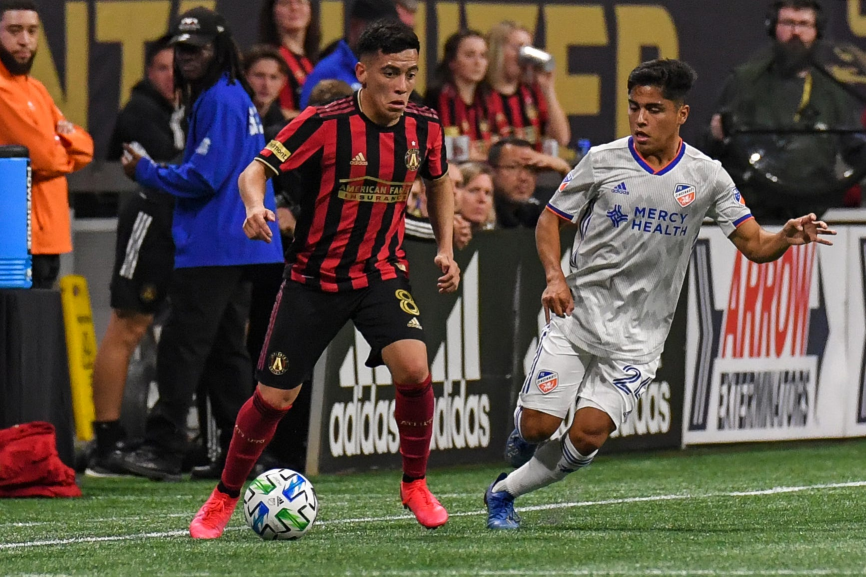 The two teams from Group E who didn’t score or get a point in game one of the MLS is Back Tournament go head-to-head Thursday morning as Atlanta United plays FC Cincinnati. Both sides had to deal with a weather delay on Saturday and need to bounce back quickly, or they face elimination. Atlanta United started the soccer tournament as one of the title favorites, so their performance in game one was a big surprise.

These teams met pre-COVID in Georgia as the Five Stripes won 2-1 on March 7. Ezequiel Barco scored in the 21st minute while Emerson Hyndman made it 2-0 in the 55th minute before Yuya Kubo pegged one back for Cincinnati in the 64th minute.

Despite the loss this season, FC Cincinnati earned their first-ever MLS point on March 10, 2019, against Atlanta with a 1-1 draw but lost in Georgia 2-0 last September.

After a great start to the season, Atlanta lost Javi Martinez to a knee injury in March, and they started slow on Saturday against New York Red Bulls. Falling behind in the fourth minute didn’t help matters, but Atlanta still dominated play with 70% possession. However, the closet they got to an equalizer was when George Bello hit the crossbar in the 41st minute as they lost 1-0.

Atlanta United began the season with two wins in March but lost 2018 MLS MVP when Martinez tore his ACL. Barco and Hyndman each have two goals in 2020, but neither could find the net in the tournament opener as Atlanta waits for someone to step up.

A win Thursday would get United right back into the mix of Group E before they face Columbus in the group finale.

United had a great 2019 season in defense of their 2018 title. They finished behind NYCFC in the regular-season standings and made it all the way to the Eastern Conference Finals, where they fell to Toronto FC 2-1.

Just about nothing went right for FC Cincinnati under new manager Jaap Stam on Saturday night. Playing cross-state rivals Columbus in the Hell is Real Derby, the Orange and Blue had under 30% possession in a 4-0 rout. About the only category that Cincinnati led in was fouls with 14, and they never really posed a threat to get into the scoring column.

Cincinnati scored three goals in two losses before the season was suspended in March. They lost on the road 3-2 to New York Red Bulls and then fell 2-1 in the game against Atlanta United. Kubo, Jurgen Locadia and Allan Cruz have notched goals this season, while keeper Spencer Richey allowed five goals.

After allowing an MLS-record 75 goals last season, the nine goals allowed in three games this season don’t inspire confidence that FC Cincinnati can stay alive in the tournament.

As an expansion side last year, FC Cincinnati finished last in the Eastern Conference with six wins and six draws. As mentioned, they allowed an all-time MLS record 75 goals and scored a league-low 31 in 34 games.

Both teams are desperate for a result in this 9 am ET kickoff on Thursday. Cincinnati will likely be eliminated with a loss given their -4 goal differential from the Columbus game, and Atlanta can get right back into knockout round position with a convincing win.