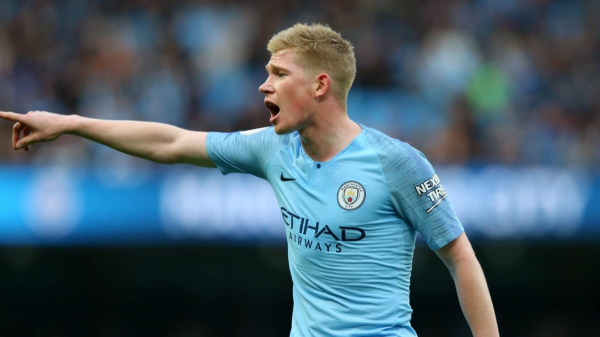 After a summer full of great international soccer, the English Premier League is back in action. It’ll be difficult to top last year’s amazing two-horse title race between Liverpool and Manchester City, but the Premier League never ceases to surprise. Let’s take a look at everything you need to know about the race on both sides of the table for the 2019-20 season.

Manchester City: With a few big-money additions over the summer and a healthy Kevin De Bruyne, Man City could be even better than they’ve been the last two seasons, making a three-peat within the realm of possibility.

Liverpool: Last season’s Champions League winners didn’t make many moves over the summer. But Jurgen Klopp likes the fact that his team has cohesion and chemistry, two factors that could make the difference after falling one point short of Man City last season.

Chelsea: The Blues will be relying on young players returning from loans and the addition of American wunderkind Christian Pulisic to make up for the loss of Eden Hazard and keep them in the top four.

Tottenham: After 18 months without any new additions, Spurs finally added a few players to an already strong side this summer. If Christian Eriksen is still around when the European transfer window closes, Tottenham could make this a three-team race with City and Liverpool.

Manchester United: Questions linger about Ole Gunnar Solskjær’s club, but United made huge upgrades to the backline over the summer. If Paul Pogba can get his head screwed on right, the Red Devils could be a surprise participant in the title chase.

Arsenal: The Gunners arguably had the best transfer window of any English club. However, Unai Emery still has to figure out how all of the pieces fit together if they’re going to close the gap on the top of the league.

Wolverhampton: After finishing seventh last season, Wolves will look to take another step forward and challenge for a top four spot. However, they may not have the depth to handle both the Europa League and the Premier League season.

Everton: The Toffees have a lot of great ingredients for Marco Silva in his second season at Goodison Park. But Everton needs a striker who can be a consistent goal scorer if they hope to crash the top six.

Leicester City: There are only a few holdovers from the Leicester team that won the Premier League in 2016. But the Foxes have a high-level manager in Brendan Rodgers and a squad with an impressive amount of talent and depth, so they are not a side that should be overlooked.

Brighton & Hove Albion: The Seagulls hope a late addition of Aaron Mooy will be enough to keep them up after barely surviving the relegation fight last season.

Aston Villa: Villa spent big over the summer and has enough talent to remain in the Premier League. But whether that talent can get together is another question.

Norwich City: The Canaries have become masters of getting promoted to the Premier League and immediately getting relegated. Under Daniel Farke, they’ll be open and entertaining, but that could backfire in the Premier League.

Southampton: There’s more than enough talent on the Southampton squad to be comfortably mid-table. But the Saints have flirted with relegation the past two seasons, failing to live up to expectations, so they’re on relegation alert until they can prove otherwise.

Sheffield United: Sheffield getting to the Premier League has been an amazing story. Unfortunately, they lack Premier League experience and may not have enough to last more than one season.