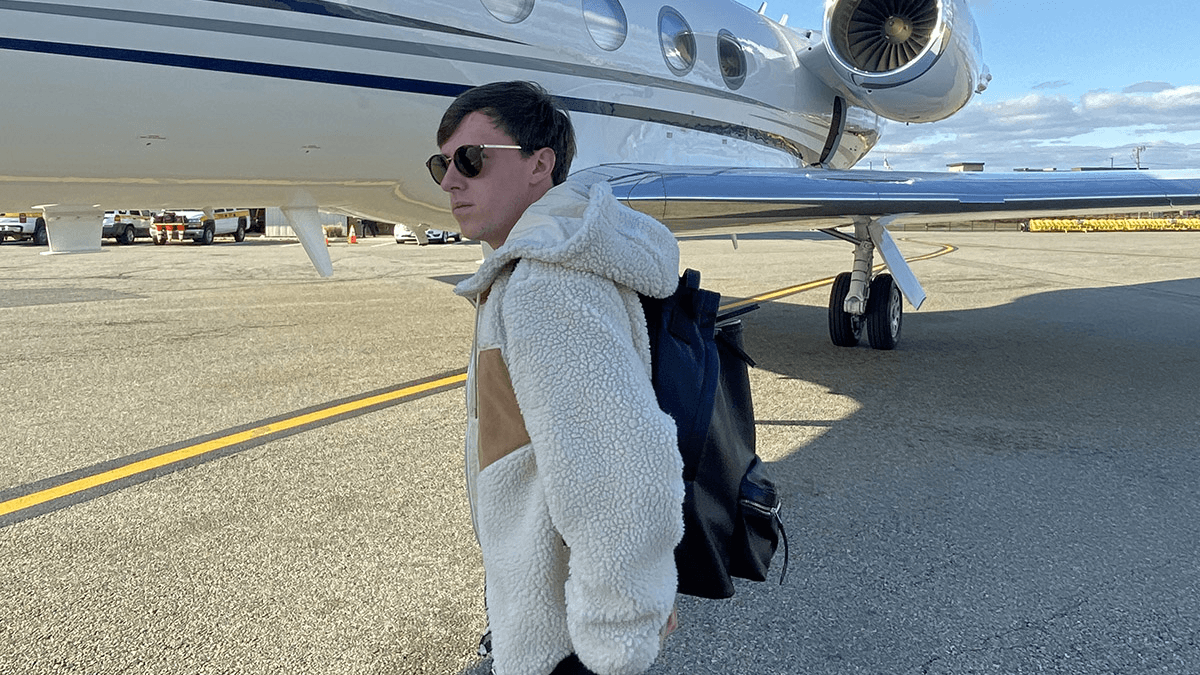 The sports betting news was coming fast over the past week, both on the court and in the courts.

The disturbing case of a sports bettor threatening pro and college athletes reached a conclusion last Thursday when Benjamin Patz, 24, received a sentence of three years’ probation for his acts on social media.

Patz, of Napa, Calif., entered a guilty plea in March for transmitting threats in interstate or foreign commerce, according to court records.

The penalty, issued in federal court in Tampa, Fla., includes six months of home detention and participation in a mental health treatment program.

Patz no longer can be involved in "gambling, wagering, or other activities, either online or in person," according to the sentencing memorandum.

In open court this morning, Mr. Patz expressed remorse for his actions and the hurt he caused and apologized to anyone who received one of his messages or was otherwise adversely affected by them. He is also grateful for the court's decision to place him on probation. Other than that, there will be no other comments.

Patz was out of control on social media, according to the ESPN story, with messages including:

A 2020 criminal complaint revealed the U.S. Department of Justice claimed Patz targeted 307 social media accounts, primarily those of athletes and family members or significant others.

In his plea agreement, Patz acknowledged sending threats via direct message on Instagram to four Rays players after a game against the Chicago White Sox on July 20, 2019.

The case was investigated as part of the FBI's Integrity in Sports and Gaming Initiative.

BetMGM joined the growing group of sportsbooks partnering with leagues and their content providers and others.

BetMGM now is the exclusive sports betting partner of The Hockey News, which is a prominent publication covering the National Hockey League.

The multi-year deal is similar to other agreements that allow for collaboration on production and publication of the sport’s content. BetMGM brings its wagering analysis to the myriad Hockey News media outlets.

The Hockey News magazine comes out every couple of months.

“The Hockey News has long been the trusted leader among hockey fans for the best news and analysis,” BetMGM Chief Revenue Officer Matt Prevost said in a press release last Thursday. “They’re an ideal partner for BetMGM to reach one of the most passionate and knowledgeable fan bases in all of sports.”

BetMGM knows its audience, too, making the announcement recently that Wayne Gretzky would serve as its brand ambassador.

New York and New Jersey moving in many different ways

The sports gambling industry is still waiting to see what New York State’s landscape will become.

To that end, the New York State Gaming Commission offered a Q&A to address a few issues, but details remain a little murky.

The primary issue is that of online sportsbooks and their relationship to the state’s commercial casinos.

“A commercial casino must serve as a host for Mobile Sports Wagering servers and equipment,” was the answer.

From there, it appears casinos and online sportsbook operators can decide how they work together, subject to NYSGC approval.

“As the mobile sports wagering market matures, will future operators be authorized?” To this, the NYSGC responds “No, not under the Commission’s interpretation of present law.”

But according to New York law, there will be a minimum of four sports betting skins available while two operating licenses will be granted. How those are doled out will depend largely on which companies apply and how.

Platform providers can apply together, but the $25 million license application fee applies to each of the involved providers.

Also underscored among the answers is that New York’s existing retail sportsbook operators, DraftKings, FanDuel, Bet365, and BetRivers, do not get any special treatment in terms of the application process: “Contracts between commercial casinos and operators of their in-house sports wagering will have no relevance to the RFA. The RFA is open to all qualified platform providers and operators, and awards will be made to the highest scoring applicants.”

In other words, New York sportsbooks that are already live at retail locations still have to apply separately.

It is not currently legal to bet on collegiate sports, so that clearly is a target with an opening to provide legal bets on some of the biggest teams including Seton Hall and Rutgers.

New Jersey had the biggest sports handle going into 2021 and has in excess of 20 online sportsbooks. New York recently legalized sports betting but it’s unclear what effect, if any, its legalization will have on New Jersey.