Stanley Cup Finals Preview: Will the Lightning strike gold twice, or will Montreal’s magical run end with 1st title since 1993? 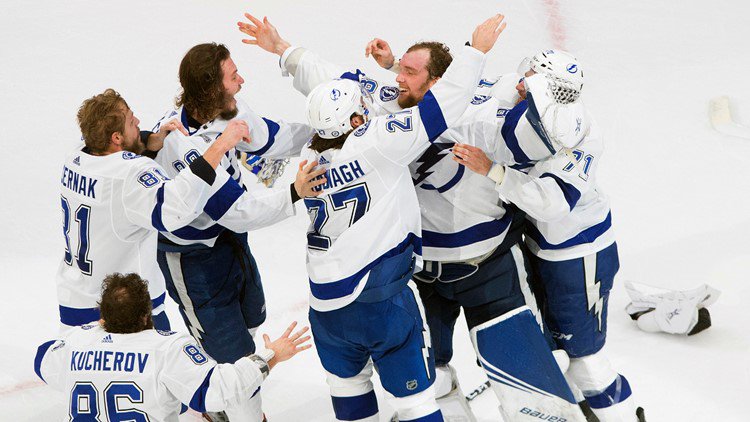 Judging by the preseason Stanley Cup Finals betting odds, this matchup between the Tampa Bay Lightning and Montreal Canadiens does not look strange.

The Lightning were a preseason title favorite, lumped in with the Colorado Avalanche, Vegas Golden Knights, and Toronto Maple Leafs. Montreal was not a Stanley Cup Finals betting favorite but was in the mix as a possible contender. When they started the season 8-2-2, their odds only improved, and expectations rose.

And then they went into free fall, and while they did reach the playoffs, a quick exit looked likely. That exit looked all but certain when they went down 3-1 to old rival Toronto in the first round. To avoid elimination, they needed to win Game 5 in Toronto to keep the series alive.

Well, they did just that, then followed it with two wins to stunningly send the highly-favored Maple Leafs packing. And they followed that series win with two more to reach their first Stanley Cup finals since 1993. They swept aside the Winnipeg Jets in the second round, then dispatched

To cap this wild run with their first title since that year, the Canadiens must see off the Lightning. Tampa Bay is aiming become only the fourth team in the last three decades to repeat as Stanley Cup champions. It hasn’t been a straightforward ride for the Lightning, who only finished third in the Central Division in the regular season.

Let’s take a look at the Stanley Cup Finals betting odds and how this series breaks down ahead of tonight’s Game 1 in Tampa.

Total Games in the Series

If you are backing the Lightning, the best value is in backing the series handicap and pairing it with correct score options.

For what it’s worth, the Stanley Cup Finals have gone to seven games only three times in the last 14 seasons. Backing the Lightning to cover the -1.5 handicap and the Lightning to win 4-0, 4-1, or 4-2 would produce a profit if one of those outcomes plays out.

If you feel confident in the Canadiens but don’t want to chuck too much on them to win the series, the series handicap is also excellent value at plus odds. Only four of the last 21 Stanley Cup Finals series were decided in four or five games, so even if the Lightning win tonight’s opener, don’t count the Canadiens out. In fact, that might present an opportunity to grab the Canadiens on the +2.5 handicap. That would be a great value option given how frequently we have seen six or seven game series in the last two decades.

Is the Under the Way to Play?

Based on how things have played out so far, scoring will be at a premium in the Stanley Cup Finals. This should not really be a big surprise given that Andrei Vasilevskiy and Carey Price are two of the top netminders in the NHL, but it is still impressive to note what each team has done in the postseason.

The Canadiens played 17 games in their first three series, and there were six or more goals in only four of them. Each of their six games against the Golden Knights went under 5.5, and after allowing four goals in the series opener, they allowed only eight goals in the last five games. That was quite the impressive achievement against one of the highest-scoring teams in the NHL.

The Lightning have also been rather stingy in the playoffs. Only six of their 18 games thus far have featured six or more goals. The numbers are even more impressive when you take away the first four games of their opening-round series against the Florida Panthers. Three of those games featured high scores, so take those away and only three of the last 14 games have hit on the over 5.5.