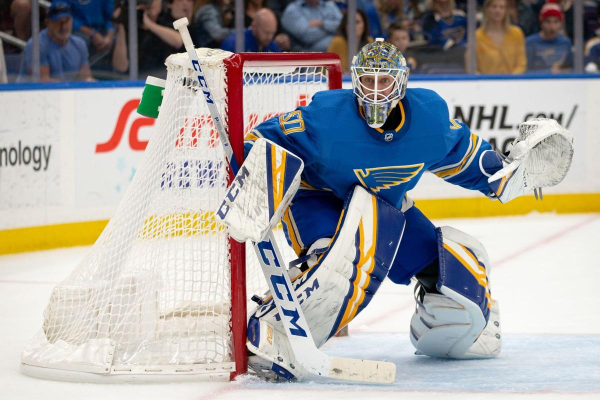 After a pair of boring games in the Western Conference Finals, the St. Louis Blues and San Jose Sharks played an overtime thriller on Wednesday night. St. Louis had stolen home-ice advantage with a victory in game two, but they gave it right back to the Sharks with a 5-4 loss in game three. San Jose looked to be dead in the water late in game three, but a late goal gave them a chance to win it in overtime. The Blues will look to even up the series with a game four win, while the Sharks are hoping to take complete control of the series.

The San Jose Sharks have had to win their first two series of the playoffs in seven games, and it looks like they might have to do it again. San Jose was able to just sneak by the Vegas Golden Knights and Colorado Avalanche to get to this point. St. Louis had an easier time in eliminating the Winnipeg Jets and Dallas Stars, but they are in for a dogfight in this one. The Blues can’t afford to go down 3 games to 1 if they are going to move past the Sharks. St. Louis is -133 over the San Jose Sharks in game four.

Blues Must Forget and Move On

The St. Louis Blues felt that the referees missed a hand pass that led to the game-winning goal by the San Jose Sharks in game three. Both players and coaches of the Blues spent time after the game questioning the refs, but it is time for them to move on and prepare for game four. Goaltender Jordan Binnington was sharp in making 27 saves in game three, but it was the five shots that he didn’t stop that cost the team. St. Louis has gone just 3-5 so far at home in these playoffs, and that is a recipe for disaster for a team with a goal of winning the Stanley Cup.

Vladimir Tarasenko was able to light the lamp in game three, and that could be a sign of things to come for the Blues. Tarasenko has scored six goals with two assists in the postseason but is definitely the best scoring option on the Blues roster. Jaden Schwartz leads the team with 9 goals in these playoffs but failed to score on his six shots in game three. The Blues are going to have to keep scoring to get even with the Sharks in game four.

Veteran center Logan Couture looks like a man on a mission for the Sharks, and he has turned into a terrific scorer. Couture leads the team and the entire NHL with 14 goals and 20 points in the playoffs and could earn himself a Conn Smythe Award if the Sharks continue to win games. Defensemen Brent Burns and Erik Karlsson have combined for 30 points for the Sharks and help ignite a great scoring offense.

Goaltender Martin Jones hasn’t exactly been shutting down the Blues offense in this series, but he has been just good enough. The Sharks offense bailed out Jones after he allowed four goals in the second period in game three. Jones is stopping 90 percent of shots against him in the postseason and is giving up less than three goals per game. San Jose is clearly winning games with their offense, but Jones has done his part as well.

St. Louis could very easily have a 2-1 series lead over the Sharks, but they haven’t gotten the breaks. The Blues were great for much of the game on Wednesday night but came up just a little short. The Sharks have taken back home-ice advantage, but they won’t be able to get a 3-1 series lead. Bet the St. Louis Blues -133 over the San Jose Sharks in game four.