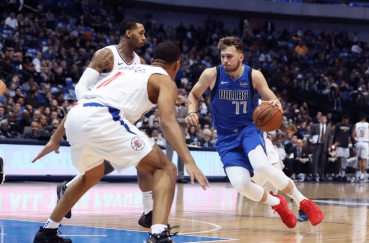 The playoff push is in full swing, and Monday night features a battle between two in-state rivals trending in opposite directions. The Pittsburgh Penguins (28-20-7, 4th Metropolitan) stay in Pennsylvania but head a little east to take on the Philadelphia Flyers (25-23-7, 6th Metropolitan).

The Penguins have run into some trouble lately, winning just three of their last 10 games. Coming into tonight, Pittsburgh is on a four-game losing streak and finds themselves just one point ahead of the Blue Jackets for the final playoff spot. Meanwhile, the Flyers are doing everything they can to get back into contention. Philadelphia is 9-0-1 in their last 10, which included an eight-game winning streak, and is now just six points behind Pittsburgh for that last playoff spot.

There has only been one meeting between these clubs this season, with the Flyers winning 4-2 in Pittsburgh back on December 1st. Despite the losing streak, the Penguins are favored on the road -120.

Stuck in a Pitt

It has been a season of streaks for a Penguins team that alternates between Stanley Cup contender and fringe playoff team. Pittsburgh started the season 6-1-2, then lost nine of their next 10 to fall to 7-8-4. In December, they put together a season-high eight-game winning streak to climb up to 23-12-6. Since January 4th, they’ve gone 5-8-1 in their last 14 games, putting the record at the current mark it is now.

Despite the recent struggles, Pittsburgh still ranks highly on offense, sitting 6th with 3.42 goals per game, while also ranking 7th in shooting percentage and 10th in shots on goal. But goal-scoring has not been the biggest issue, as the Penguins rank a measly 20th in goals allowed (3.09) and 27th in shots allowed. They do, however, have a top-10 penalty kill and have the eighth-fewest penalty minutes per game.

Even though Sidney Crosby (62 points), Phil Kessel (57), and Jake Guentzel (51) have all had strong seasons, the Penguins are currently missing the presence of Evgeni Malkin. Malkin, who has been out since January 30th with an upper-body injury, is third on the team with 55 points. His absence is being felt, as Pittsburgh has eclipsed two goals just once during their recent losing streak.

After two straight starts from Casey DeSmith, Matt Murray is expected to be in net tonight. The two-time Cup winner is 15-9-1 with a 2.97 GAA and .909 save percentage.

The Flyers have had interesting climb back into contention. While the Penguins were putting together a long winning streak several weeks ago, Philly was on the losing end in eight straight games, putting their record at 15-22-6. Since falling to the Capitals on January 8th, the Flyers have responded with victories in 10 of their last 12 contests, including a season-high eight-game winning streak that finally ended on Thursday in a shootout loss to the Kings.

Thanks to a phenomenal last month, the Flyers have climbed back to the middle of the pack offensively, ranking 16th with 2.89 goals per game. They’ve also moved to 18th in both shots on goals and shooting percentage. They still rank just 25th with 3.29 goals allowed but have allowed more than three goals just twice in their last 12 games.

At the heart of this climb back into the playoff race, captain and All-Star Claude Giroux leads the team with 58 points. Following him, Sean Couturier (48 points) and Jakub Voracek (47) are also red-hot. But the biggest reason has been the play of Carter Hart. The 20-year old rookie won his eighth straight game on Saturday, tying the NHL rookie record for most consecutive wins before the age of 21.

Even though Pittsburgh is the favorite at -120, and still the better overall team, sometimes momentum is the only explanation. The Flyers are playing elite hockey, and getting elite play from their goaltender. The Penguins are getting neither of those things right now, and I think the Flyers keep it rolling against their rival. I’ll take the Flyers to win +100.