Penguins vs. Rangers Game 2 Betting: Back New York and the Over 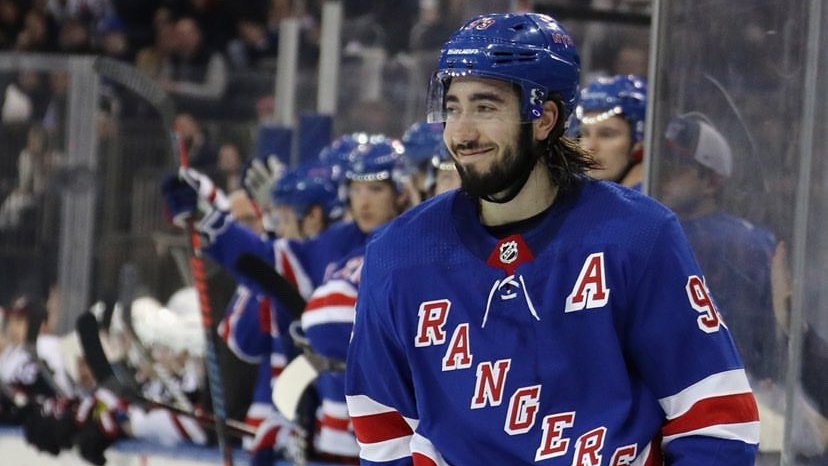 The NHL’s slate of playoff games on Thursday, May 5 includes Game 2 of the Pittsburgh Penguins and New York Rangers’ first-round series.

The Penguins are coming off a thrilling 4-3 triple-overtime victory in Game 1 where Evgeni Malkin played the hero in the extra frame. With Pittsburgh starting the series on the road, another victory would be huge before the series shifts to the PPG Paints Arena.

Meanwhile, the Rangers are looking to come out of the gate swinging in hopes of avoiding an 0-2 series deficit. They were 27-10-4 at Madison Square Garden for a reason in the regular season, so time will tell if they can turn things in their favor.

Will the Penguins take the commanding 2-0 lead? or will the Rangers tie things up before heading to Pittsburgh?

The Penguins are feeling good about themselves after taking the 1-0 series lead. Sure, it took triple overtime to achieve it, but there’s nothing like a momentum swing to open the playoffs.

One of the big reasons why the Penguins were able to take Game 1 of the series was that their star players showed up when they needed them.

After a career-high 58 points in the regular season, Bryan Rust opened up the 2021-22 postseason with a three-point effort on Tuesday night, notching a goal and adding two assists.

Sidney Crosby also led by example, finishing the game with a pair of assists, while Jake Guentzel tallied the 27th and 28th playoff goals of his career. Overtime hero Malkin also had an assist in addition to the game-winning goal, giving him Pittsburgh’s fourth multi-point effort of the game.

It wasn’t all sunshine and rainbows for the Penguins, though. Goaltender Casey DeSmith exited the game in the second overtime frame with a lower-body injury after stopping 48 of the 51 shots he faced. He’s now day-to-day with his injury status.

Fortunately, Pittsburgh got amazing play from backup goalie Louis Domingue. The 30-year-old stopped all 17 shots he faced in his second-ever playoff game to help his team get the victory.

It’s still up in the air as to whether DeSmith or Domingue will start in Game 2. Regardless, as long as either man plays as they did on Tuesday, the Penguins have a realistic shot at pulling off the win.

Rangers Hope to Get Momentum Back

It’s always heartbreaking for a team whenever they lose an overtime marathon. Nevertheless, the Rangers must head back to the drawing board and figure out how to bounce back.

The good news is that some Rangers players had performances worth building off of in Game 1.

Chris Kreider proved that he could continue his impressive regular-season goal-scoring ability into the playoffs, recording a short-handed goal (plus an assist) in nearly 31 minutes of action.

Mika Zibanejad also had a multi-point effort of his own, ending the night with a pair of assists as he played a big role in setting up his teammates. Without his efforts, the final score could’ve looked a lot different.

And, of course, a lot of credit has to be given to Vezina Trophy candidate Igor Shesterkin, who had an incredible performance in goal. He stopped 79 of the 83 shots he faced over nearly 106 minutes of action, so there really wasn’t anything left that he could’ve done to win the game for New York.

One thing that the Rangers must do better is playing a more disciplined game. Only five penalties were called in Game 1 and four of them were given to players in a New York jersey.

The Penguins did end up capitalizing on one of their man-advantages, which ended up being the game-tying goal. If the Rangers can avoid the penalty box tonight, their chances of winning should go up.

Game 1 of this series was as close as it could possibly get, but I’m going to back the Rangers to even things up tonight.

The Penguins’ goaltending situation is up in the air right now and I like the certainty of Shesterkin between the pipes a bit more. He was one of the best goalies in the league this season for a reason, after all.

As for the best bet, I’m taking the total hitting over 5.5 goals at -118 odds on FanDuel Sportsbook. The total has hit the over in four of the Penguins and Rangers’ last five meetings at Madison Square Garden — including in Game 1 — and there’s no reason why they can’t achieve that feat again on Tuesday.