Our Top Picks For The 2018 NHL Hart Trophy 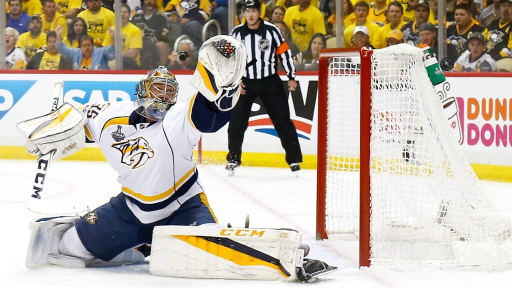 The NHL season is grueling. Ask anyone who has playedin the league, andthey will tell you that playing 82 games at the top level can take a toll on you mentally and physically. While the end goal for any team is lifting the Stanley Cup, individual players look to take home the Hart Trophy as the league MVP (and likely a hefty bonus in their contract). Each year, sportsbooks post futures odds on who will win the league MVP, but with such a grueling season, it could end up being a decent bet to look outside the favorites.

As of October 1st, 2018, here are the current odds to win the Hart Trophy:

On this list you see the usual three suspects – it is hard to deny that McDavid, Crosby, andOvechkin have been league leaders for years now. Adding Tavares and Matthews to this list of favorites is interesting, but not a great bet. Both players look to lead the Leafs to heights that have not seen for decades, but with ice time split between the two, forthe most part, they may end up having excellent, but not MVP-calibre seasons. Also, the way the voting works, they likely will be splitting top votes which will make it much tougher for one of them to end up on top.

We looked further down the list to see if we could find some value. For example, last year’s winner, Taylor Hall of the New Jersey Devils, wouldn’t have even been in the top 25 from an odds perspective. Here are some players we think could break through and surprise the sportsbooks.

The Blackhawks dominated the first half of this decade, with three Stanley Cup wins in a 6-yearspan. The team was led by the dynamic duo of Jonathan Toews and Kane, but for the most part,they were lost in the shadow of another masterful duo – Crosby and Evgeni Malkin in Pittsburgh. This year, the experts seem to have moved on from Chicago, which no doubt has created some bulletin board material for the team. If this team is going to make a deep run in the playoff, they will have to have an excellent regular season, and Kane is the key to that coming to fruition.

Speaking of living in a shadow, Eichel has been living in Connor McDavid’s since they entered the league as the number one and two draft picks. To make matters worse, Eichel was stuck in Buffalo, a small market with a terrible team. The last coupleof seasons have seen Eichel’s career blossom, although the Sabres still haven’t been able to give him a chance to play a playoff game. This year, management made some progress on that front with the addition of some excellent free agents and the #1 pick in Rasmus Dahlin. They also gave Eichel the “C,”making this his team to lead. The youngster has a chance to bring this franchise back to prominence, and we expect a breakout season from Eichel.

You’ll likely have to ask your sportsbook for a line on this guy, but he is far and away the top goaltender in the league. It is true that the MVP is more likely to go to a forward or defenseman, but it has been awarded to a goalie in the past. In fact, it was only 4 seasons ago that Carey Price of the Montreal Canadiens took home the honor. Vasilievksiy is playing for one of the top teams, but they are there off the back of his excellent play. Barring injury or rest, he could find himself with over 40 wins and a big shiny MVP award for his efforts.

Of course, there is an argument to be made for McDavid, who is clearly the most skilled player in the league, to win the award every year. The ongoing debate of the spiritof the award comes into play here – it is an award that is supposed to be given to the player that is the most valuable to his team. McDavid is no question valuable, but with the Oilers missing the playoffs more often than not, it is hard to give it to him every year. Having said that, this is the guy who is going to lead the league in scoring, andthe thought of where that franchise would be without him is downright scary. We don’t usually recommend going chalk on these futures, but if you are going to make a selection like the people we suggested above, then you may as well add a unit on McDavid as well.

So, these are our thoughts at the beginning of the season. For sure things will change, and we’ll come back at the quarter polewith an update on our picks as well as any other value picks you may be able to add into the mix.

Tonight’s NBA betting schedule is lacking in overly compelling matchups, but tonight’s action will also be taking place with a few notable names missing. Booker, Morant, and Lillard Sidelined Tonight and Beyond Booker Out Versus Pistons Due to Hamstring Injury The Phoenix Suns lost Devin Booker (hamstring) on Tuesday against Golden State but closed out END_OF_DOCUMENT_TOKEN_TO_BE_REPLACED