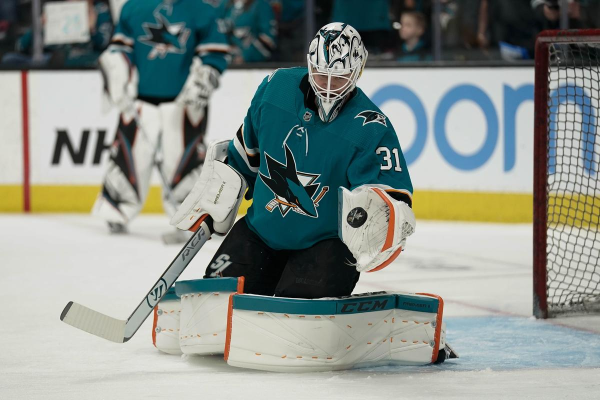 Here is a little on how each of those teams made it to this point, some keys to victory for Game 1, and a prediction.

Road to the WCF

We’ll start with the Blues, where from about January 2 on, no team won more games than they did. It led to them finishing a very close third in the Central Division and matching up against the Winnipeg Jets. But St. Louis has kept their momentum going in the postseason, dispatching Winnipeg in six games before edging out the Stars in seven games in the second round.

As for the Sharks, they’ve had the benefit of two Game 7s already this postseason. Starting in the first round, San Jose overcame a 3-1 series deficit and beat the Golden Knights in the final game in comeback fashion. Then they went back and forth with the Avalanche for an entire series before finally putting them away in the seventh game.

One key advantage the Sharks hold in this series is talent and depth of offense. So the Blues will have to continue their stellar defensive play if they want to start the series with a win. This postseason, they have allowed 29.2 shots per game, which includes Game 7 against Dallas where they allowed just four shots on goal in the last two periods of regulation combined. If the Blues are going to succeed, it’s going to be on the heels of their defense.

It won’t be just defense for the Blues, however. St. Louis will have to find consistent offense from their top scorers. Vladimir Tarasenko has five goals, but that’s all he’s been able to contribute this postseason. David Perron had just two points total against Dallas. Brayden Schenn managed just one point in that series, and Ryan O’Reilly has been held scoreless since Game 5 against Winnipeg. Production from these players who carried the Blues during the season will be important.

A big reason why San Jose was able to survive and advance through the first two rounds was because of Martin Jones. Jones, who was below average during the regular season, has really stepped up in the postseason. Since a brutal Game 4 in the opening round, Jones has a save percentage of .928, which includes two Game 7 victories. An above-average Jones makes San Jose a dangerous team.

A lot of times, the Sharks rely on their level of talent to get them by. But sometimes, that leads to them getting complacent and giving up easy opportunities for their opponent. Out of the four teams remaining, San Jose has allowed the most 5-on-5 scoring chances and high-danger chances this postseason. There’s a lot of risk-reward with the Sharks, but staying disciplined will need to happen to beat a solid Blues team four times.

There’s no doubt that this series is going to be very competitive and back-and-forth. I’ll give the slight edge to the team at home that also has a better scoring attack. Give me the Sharks -130 to take Game 1.