NHL Weekend Recap: Did Bettors Learn anything from this weekend? 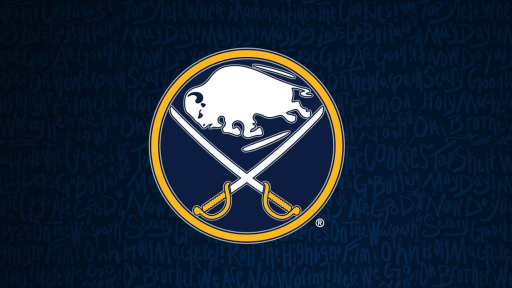 This weekend was another interesting one from a betting perspective. The underlying betting trend this season in the NHL seems to be that no one is sure who the best teams are, and that goals are coming in bunches. Here are a few takeaways from the weekend that should affect gamblers moving forward.

Buffalo seems to be trending up

The Sabres are in dire need of some good press, and a resounding 9-2 win over Ottawa this past Saturday is certainly cause for hope in Buffalo. The team has made some moves over the last couple of years to try to help their cause, and to try to give high first-round picks like Jack Eichel and Rasmus Dahlin something to hang on to.

The continued scoring touch of Jeff Skinner must not be overlooked, and the play of perennial scorer Jason Pominville has given the Sabres a secondary wave of offense that is making it hard for teams to defend. We like the way the Sabres are headed, and we also love games to go over when they are involved.

Toronto likes playing on the road to their fans

So far this season, the Toronto Maple Leafs are undefeated on the road, and that streak continued with a convincing win over the streaky Pittsburgh Penguins. Now, a road game for the Leafs is unlike that for almost every other team in the league.

Leafs fans who live outside Toronto flock to cities around the NHL to see them play and this is definitely the case for fans who can drive to the city from Ontario. We like the play of the Leafs on the road this season, and as they will likely be close to underdogs in all road games (as is the norm in the league these days), we are going to watch the lines to see where we can find value for our readers.

Chicago is in turmoil

The shine seems to have come off the perennial favorite Blackhawks, and now the question turns to what to do to save this season and the time they have left with superstars Patrick Kane and Jonathan Toews. The team can go many ways, such as making a trade for one or both those players in an attempt to collect draft picks and younger talent.

Another could be trying to find yet another goalie who can be more consistent than the several in the Chicago system. Finally, a coaching move could be made, which at the very least will light a fire under the players who have been with Joel Quenneville through three Stanley Cup runs in the last decade.

Washington and Pittsburgh are enigmas…for now

With losses at home this weekend for both teams, it is hard to say exactly where the Pens and the Caps stand at this point of the season. Now, there are still tons of games left, and we assume that both teams will make it into the playoffs, where their experience will pay huge dividends.

However, the Penguins seem to be having trouble finding the right mix, while the Caps, as we have discussed in previous articles, may just not have the chip on their shoulder that carried them to the Cup victory last season. Look for both teams to continue to struggle over the next few weeks before they turn it around. We would stay away from them as a betting option until December.

Calgary is the Comeback Kids

Well, don’t look now, but the Calgary Flames seem to have found some magic this week. For the second time in three nights, the Flames stormed back in the third period to erase deficits and go on to win the game. This is a very small sample size, but the Flames are stacked with talent, and it is only a matter of time before they will be expected to lead the way they have the last two games.

Imagine the fact that the Flames are doing all this with only a handful of production from James Neal. He is a natural goal scorer and will no doubt start making his mark soon enough, and of players like Gaudreau and Monahan can keep up their pace, the Flames may, in fact, be someone to contend with over the coming months.

Overall, it is hard to say where many of the teams lie at this point in the season. This is right around the time when we start to see some teams push towards the top of the heap, like Nashville and Tampa Bay seem to have. However, the league seems to have more parity than ever before so we will watch out for teams like the Islanders and the Oilers as we make our way towards Thanksgiving.