NHL Roundup – What Did Bettors Learn This Weekend? 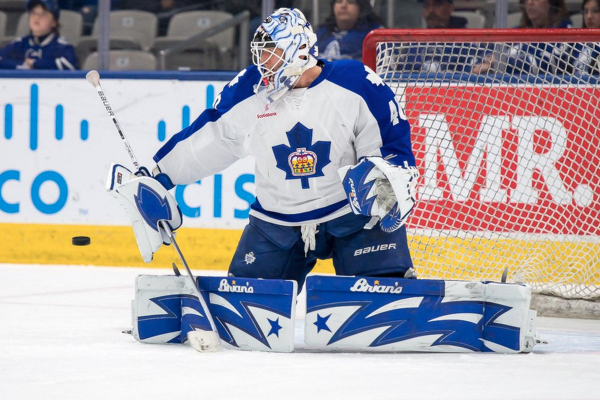 Thanksgiving Weekend is in the rear view mirror, and with Cyber Monday likely to take your attention for the next 24 hours (along with trying to figure out how many ways to serve leftover turkey this week), our experts are here to give you an extra Cyber Monday helping of NHL betting trends and observations.

This was a very busy weekend in the NHL. With the teams off on Wednesday and Thursday, the league scheduled a full slate of Friday games, which is a rare treat. Backing that up with a busy Saturday and Sunday, there were loads of betting options for players. Here are some of the things we learned this weekend.

In the past, we have warned our readers about watching which goalies were going to play each night, and this is especially important when a team is playing on back-to-back nights. Often, a team will schedule its backup goalie to play one of those games, and that can have an effect on the betting action.

This weekend saw many backup goaltenders hit the ice, but their results were far from ordinary. Led by shutout wins from Toronto backup Garret Sparks and San Jose’s Aaron Dell, the backups were in fine form this weekend. When you add into the mix teams who have had to turn to their backups to be the starter like Louis Domingue in Tampa Bay, we are starting to see a trend of teams playing just as hard or harder in front of the guys who see most of their action in practice.

But also, believe in back-to-back starts?

Having said all of that, there was an opportunity with the rest to showcase some goalies in back-to-back games this weekend. Two teams, the New York Islanders and the Vegas Golden Knights, find themselves in early battles to stay relevant in the league this season, and as a result decided to ride their starting goalies in back to back games.

This typically doesn’t end well – a goalie is on the ice for the entire game, and many teams don’t want to put a tired netminder back in the cage only hours after playing. We think this is fine during the grind of an NHL season, but in truth these players are in far better shape than ever before, so they can handle the pressure and exertion of playing on two consecutive nights.

Oh…the result of this move by both teams? Thomas Greiss got the Islanders two much-needed wins against Eastern Conference opponents. And Marc Andre Fleury went one better, returning to vintage form with back-to-back shutouts for the Golden Knights. Both these teams needed those shots in the arm, and these goalies deserve the extra helping of pecan pie after 4 combined wins.

Scoring may be settling, but familiar names are heating up

This past week saw a slide in the average number of goals being scored across the league. Sportsbooks responded by lowering the over/under totals in most games back down to 5.5 goals. This sent our experts into a frenzy, as could be seen in the number of totals bets we picked for you in our Saturday column (link to Saturday picks page).

Well, there were a few games that defied the numbers and ended up with far more than 6 goals. However, the more important fact coming from this weekend was that many of the league’s top scorers over the last few years are starting to heat up again.

This is most obvious in Winnipeg, where a streaking Patrick Laine capped off a great 7 game stretch with a 5 goal performance against the St. Louis Blues. Fantasy owners have been wondering where this scoring touch had gone, but they don’t seem to have to worry anymore. Sports bettors should also take note: a hit Laine will send the Jets soaring to victories (and over totals), so we’d suggest taking those positions until further notice.

Silent but deadly (to sportsbooks)

We are always looking for ways to sneak up on sportsbooks, and in the NHL it is on the backs of teams that don’t seem to get much national coverage.

This year, we bet you would have had no idea that the Minnesota Wild are the leagues 5th-best team, right? Now that you have checked the standings on your phone to confirm what we just told you, it is time for you to dig into their stats a bit, and start putting some cash on these games. The Wild have been very consistent in the last few regular seasons, and have extreme depth despite not having a real superstar on their team.

This season is no different, as the team has thre players (including a defenseman) tied for the team lead in goals with 10. A balanced attack with some excellent goaltending keeps Minnesota relevant in the standings if not on the broadcast schedule. Keep an eye on their schedule in the coming weeks for opportunities to make some money.