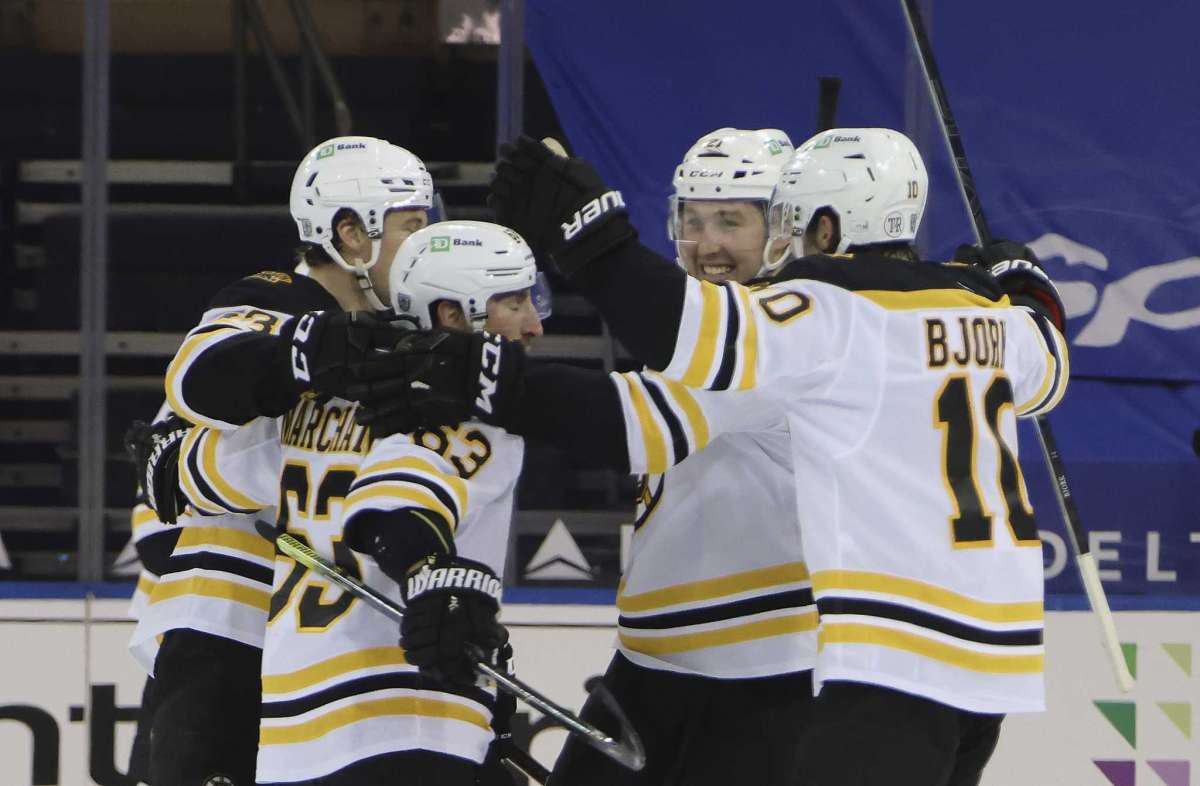 There is a busy schedule to look forward to tomorrow, but today’s NHL betting slate features only two games.

The Boston Bruins edged the New York Rangers in overtime on Wednesday night, and they will be looking to do the double at MSG tonight. In tonight’s other game, the St. Louis Blues and Arizona Coyotes will face off for the fifth straight game.

All NHL odds are via Fanduel Sportsbook as of Friday, February 12 at 1:40 pm ET

With Wednesday’s win over the Rangers, the Blues have taken 15 of a possible 16 points from their last eight games and 20 of a possible 24 this season. Brad Marchand (8 G, 8 A in 12 games), who scored the overtime winner Wednesday, is riding a nine-game point streak.

The Rangers have won only three of their eight home games thus far. Their chances of a win tonight will be helped if they can get something from Artemi Panarin. Panarin has 15 points (5 G, 10 A) in 10 games, but he has not registered a point in his last two games. Prior to that, he had nine points (3 G, 6 A) in his previous four games, a stretch in which the Rangers went 3-0-1.

Thanks to the Colorado Avalanche and Minnesota Wild being on pause since they played each other on February 2, the Blues and Coyotes are going to have seven consecutive games against one another. The first four were in St. Louis, with the Coyotes taking the last three to take some of the shine off of a stellar start for the Blues. Now the scene shifts to the desert, with the Coyotes playing their first home game in over two weeks.

The visitors will be hoping that Jordan Kyrou can get back on the scoresheet. Kyrou had 12 points in his first 10 games this season, but he did not register a point in the last three games, all of which the Blues lost. On the season, the Blues are 5-1-1 when Kyrou scores a point.