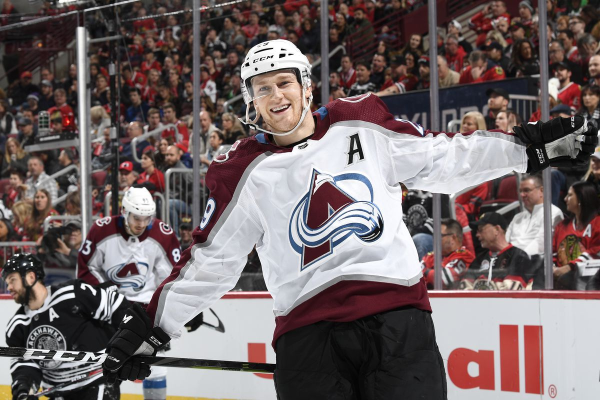 The top two teams in the NHL’s Central Division open up the new calendar year against each other in the Rocky Mountains Thursday night. The St. Louis Blues (26-9-6) will look to extend their division lead over the Colorado Avalanche (23-13-4) in Denver.

Here is a preview for Thursday night’s game, along with odds and a free pick.

We’ll start with the Blues, whose eight-game winning streak was snapped on New Year’s Eve in a 3-1 loss to the Coyotes. St. Louis is 13th in goals per game with 3.12, averaging just 30.4 shots per game.

The Blues have been very strong on the power play, converting 23.8 percent of the time with the extra man, which ranks seventh in the sport.

Defensively, St. Louis is as buttoned-up as they come. The defending champs are fourth with 2.54 goals allowed and rank in the top 10 in shots allowed with 30.9. The Blues’ penalty kill is also sixth in the league, successful 82.8 percent of the time.

That defense will have its hands full with the Avalanche, an offensive juggernaut that is desperate to snap their three-game losing streak. Colorado is first in goals per game with 3.6 and sits just outside the top 10 in shots with 32.8. Their power play has dropped off from where it started the year, however, sitting at a 17th-best 19 percent.

On defense, after giving up seven goals to the Jets in their last game, the Avalanche have moved down to 12th in goals allowed with 2.95. However, Colorado is even worse in shots allowed with 33, the fifth-most in the NHL, and has a 79.2 percent penalty-kill rate, 20th in the league.

St. Louis has gotten a big hand from veteran winger Jaden Schwartz, who has 13 goals and 21 assists this season. Schwartz had a big week last week with a goal against the Kings, three assists against the Jets, and another two goals against the Jets a couple of days later.

A couple other players coming in hot include centers Tyler Bozak and Robert Thomas. Bozak has three goals over his last three games, while Thomas is riding a three-game point streak. Look for these guys to keep it rolling Thursday night.

Colorado’s best player happens to also be its hottest, as All-Star Nathan MacKinnon scored twice in the Avalanche’s latest game and has seven points over the last two weeks. The center is up to a team-high 24 goals and 34 assists. But MacKinnon has also had some help.

Linemate and captain Gabriel Landeskog has three goals in his last four contests and is now up to 10 goals in an injury-shortened season. Defenseman Erik Johnson has also dished out three assists over his last two games. We’ll see if this trio can continue their steady play Thursday night.

While the momentum sides with St. Louis, it’s the Avalanche who are favored Thursday night. Oddsmakers have placed Colorado as a -135 favorite to beat the first-place Blues and snap its losing streak.

However, the defense of Colorado lately has been concerning, with 16 goals allowed in its last three games. Look for the Blues to be the more-disciplined team on both ends of the ice, and for their special teams to take advantage of their opportunities. Give me the Blues +115 to pull off the upset Thursday night in Denver.