Stanley Cup Finals Game 2 Preview: Is Another Comeback in the Cards for the Canadiens or Will the Lightning Go Up 2-0? 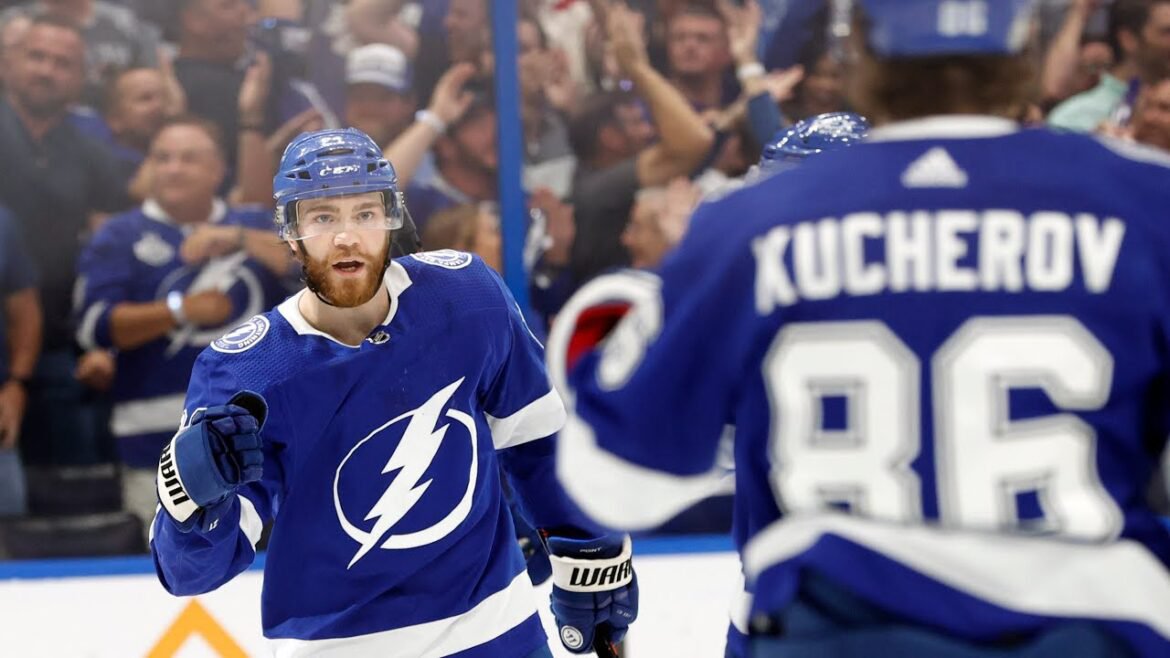 The Tampa Bay Lightning entered the series as heavy favorites, and they did nothing to change that with their Game 1 performance. The Lightning took the lead a little over six minutes into the game, and they went on to win 5-1. The Canadiens did pull within 2-1 late in the second period, but three third-period goals put the game away for Tampa Bay.

With a series lead right out of the gate, the Lightning have only strengthened their status as Stanley Cup Finals betting favorites. But this isn’t the first time the Canadiens have found themselves in this position in the postseason. In the last round, they lost the opener against the Vegas Golden Knights but won the series in six games. And of course their first-round comeback can’t be forgotten either. They trailed the Toronto Maple Leafs 3-1 and won three straight elimination games to move on.

Do the Canadiens have another comeback in them, or will the Lightning take a 2-0 lead to Montreal?

Do the Canadiens Have an Answer for Kucherov and Point?

In the 2020 Stanley Cup playoffs, Nikita Kucherov and Brayden Point topped the scoring table as the Lightning won their second Stanley Cup Finals. Kucherov led the way with 34 points (seven goals, 27 assists), while Point was right on his heels with 33 (14 goals, 19 assists).

Kucherov missed all of this regular season after hip surgery, so the Lightning had to do things a bit differently while he was sidelined. They still ranked among the top-scoring teams in the NHL, but the wealth was spread across the board. Point led the team with 23 goals and 48 points, and six other players hit double figures in goals.

But without Kucherov, the Lightning only managed to finish third in the Central Division behind the Carolina Hurricanes and Florida Panthers.

With Kucherov back in action for the postseason, the Lightning have been back to their best. Kuchero is on track to be the leader in postseason points for a second straight year, as he tops the table with 30 points (seven goals, 23 assists). Point is once again running first in goals and second in points, racking up 14 goals and 23 points.

That dominant duo unsurprisingly led the way in the Lightning’s Game 1 win. Kucherov notched two goals and an assist, while Point picked up three helpers. The Canadiens can’t allow that to happen very often if they want to win the Stanley Cup Finals.

Carey Price Must Be Superman Again for Canadiens

After the Canadiens lost 4-1 in Game 1 of their series with the Golden Knights, it seemed like their run was on its way to being done.

Then they won Game 2 in Vegas, Game 3 in Montreal, and Game 5 in Vegas before closing out the series in Montreal with a thrilling overtime win in Game 6.

A big reason for that turnaround was shutting down the Golden Knights after Game 1, thanks in large part to the stellar play of netminder Carey Price. Over the last five games of the Stanley Cup semifinals, the Canadiens allowed only nine goals, with Price saving 154 of 163 shots across in that stretch.

With how dangerous this Lightning team is, you have to feel like Price, who is +400 to win the Conn Smythe Trophy, is going to need to be Superman, Spiderman, and plenty of other superheroes. And the Canadiens are going to have to neutralize the threat of Kucherov and Point, somehow.

The Canadiens have excelled on the road in the postseason, going 7-3-0 thus far. They have won on the road in each series, so don’t discount their chances to take tonight’s game.

Montreal has taken down some formidable opposition to get to this point, but is this one bridge too far for them? The Lightning are 7-1-2 at home during the Stanley Cup playoffs, but there is a notable hurdle that they successfully navigated in Game 1. In their first three series, they lost their first home game each time: Game 3 vs the Panthers in the first round, Game 3 vs the Hurricanes in the second round, and Game 1 vs the New York Islanders in the Stanley Cup semifinals.

With that hurdle past them, is there any stopping the Lightning the rest of the way?