Are the Lightning a Lock to Strike Down the Blackhawks Again? 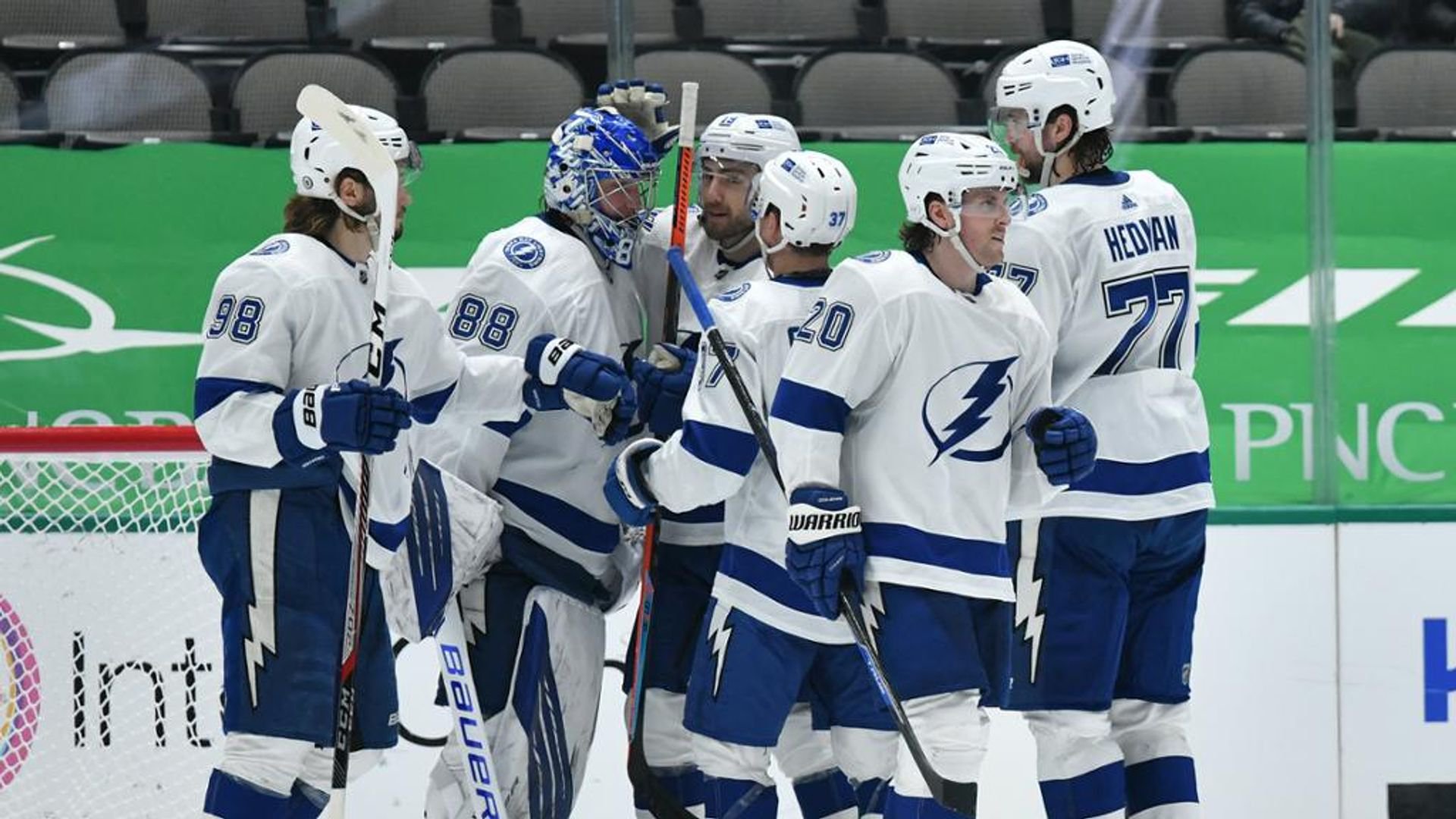 Last night’s Tampa Bay Lightning vs Chicago Blackhawks showdown was a real thriller that ended with a thoroughly unsurprising result. The Blackhawks led 2-0 entering the third period, but it would not hold. The Lightning scored two quick goals in the third, and they went on to win in the final seconds of overtime. A similar outcome is likely as the defending Stanley Cup champions pursue their seventh straight win.

At this point, it looks like it is going to be pretty tough to pull the Cup from Tampa’s clutches. The Toronto Maple Leafs, Vegas Golden Knights, and Carolina Hurricanes look like contenders, but the field has a tall task.

It has not been a perfect season, as the Lightning did have a blip where they lost three of four. But other than that, they have been almost unstoppable. It looked like they would fall last night, but the champions responded like champions and took the two points.

The Lightning have been stingy with giving up goals so far, leading the NHL with a 1.95 goals against average. 16 of 21 opponents have scored two or fewer goals. That includes each opponent in their win streak, in which they have three shutouts and have allowed only five goals.

While the Lightning don’t give up many goals, they certainly score their share, as their average of 3.52 goals per game also leads the NHL. They have also scored three or more goals 16 times and have recorded four or more goals 11 times.

Is Another OT Game Likely in Chicago?

There is a good possibility that tonight’s game is also not decided in regulation. Last night’s game was Chicago’s 10th of the season to go to extras, and they have split such games evenly.

The Blackhawks have recovered nicely since opening the season with only three wins in their first 11 games. A 9-3-1 record since then is very good, and it has them back in the mix in the Central Division.

For those who like interesting trends, there is one worth noting for the Blackhawks. In their last ten home games, the Blackhawks have alternated wins and losses (from most recent): L-W-L-W-L-W-L-W-L-W. Will that trend hold tonight? Sugarhouse has the Blackhawks ML available for +163 at the time of writing, which should be compelling odds for Blackhawks backers.

That said, consensus picks are strongly in favor of the Lightning to pick up their 17th win. There is certainly a lot of value in betting on a good Blackhawks team at home, especially since they did put in two good periods last night. With that said, the Lightning are playing too well to bet against right now.