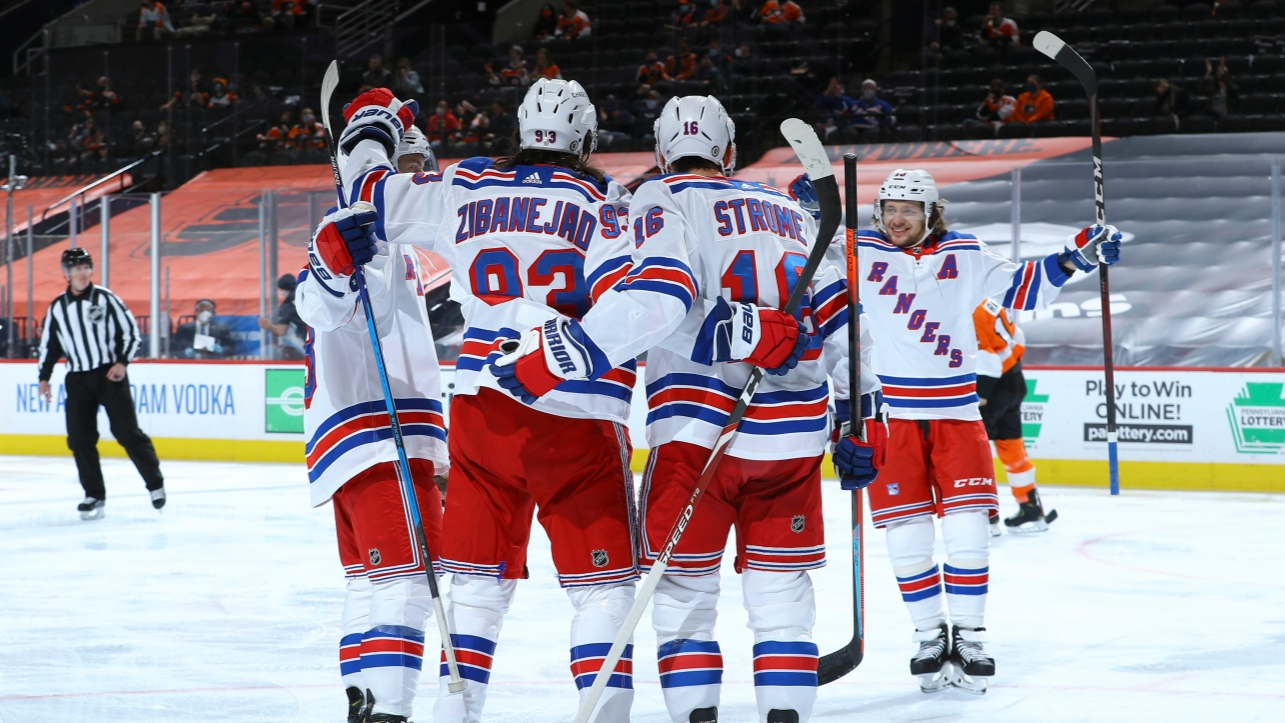 After the way the last two New York Rangers vs Philadelphia Flyers matchups have gone, it’s understandable if the Flyers don’t want to see the Rangers or Mika Zibanejad for a while. But today’s rematch does offer the chance for the floundering Flyers to get some revenge and right a rut.

As for the Rangers, they will be eager to keep rolling. Another prolific performance in Philadelphia will not be necessary, but today’s NHL odds do favor the Rangers to win again.

Rangers Playing Up to Potential in Recent Run

In the East Division, the Rangers are still on the outside looking in when it comes to the NHL postseason picture. The fourth-placed Boston Bruins are three points ahead and have three games in hand. But if their current run can continue, the Rangers can cover some ground over the coming weeks.

Since winning only four of their first 14 games, the Rangers are 11-6-1 in their last 18 games. Over their last seven games, they have posted a 5-1-1 mark and enter today’s game with three wins in a row.

Two of those five recent wins have come against the Flyers. And both wins have been in dominant fashion, to the tune of a combined 17-3 scoreline. That is not a typo. Ten days ago, the Rangers downed the Flyers 9-0 at Madison Square Garden. Then two days ago, they strolled into Philadelphia and rolled 8-3.

The star man in both games was center Mika Zibanejad. Zibanejad had only six points in his first 19 games this season after a 41-goal, 75-point campaign last season. But two three-goal, three-assist performances against the Flyers later, along with a solid March overall, and his season totals now sit at a much more respectable 10 goals and 16 assists in 32 games.

We are set for a wild final week in the American League, as five teams are battling it out for the two AL wild-card spots. Two of them open what is more or less an elimination series tonight in Seattle, as the Mariners host the Oakland A’s. MLB betting odds at FanDuel Sportsbook give the END_OF_DOCUMENT_TOKEN_TO_BE_REPLACED