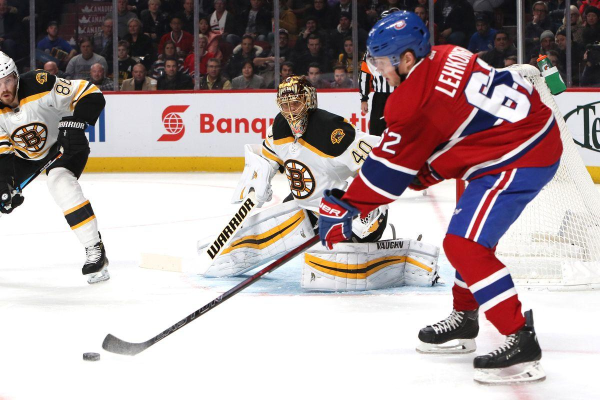 Ok, now that we are through Thanksgiving, Black Friday madness (hopefully you aren’t injured from being trampled at a Best Buy), and the comas that came from too much turkey and the horrible PPV Golf match between Tiger and Phil, it’s time to make the race into the holiday season! We are going to give you a chance to win back some of the money you spent this week on early Christmas presents with our NHL picks for this weekend.

This is an interesting weekend in the NHL as many teams are playing back to back games after being off on Wednesday and Thursday. This meant a lot of tired players and backup goalies in action on Friday. Here’s where we think there is some value on Saturday.

The Habs were off on Friday, but the Bruins played a tough contest against the Pittsburgh Penguins that they pulled out in overtime 2-1. The Bruins are banged up with injuries, the most significant one being the loss of top-liner Patrice Bergeron for a month with an upper-body injury. However, the most telling stat for this game comes from Montreal goaltender Carey Price. The one time MVP of the league has had a rough stretch recently. In 6 of his last 8 games, he has given up four or more goals. We see this trend continuing, and we like the over in this game.

Vancouver started out on fire, and the team that had lost its two biggest names to retirement looked like they had found new life with a bunch of younger players getting more ice time. However, any aspirations came crashing down in November, and the team is on an 8 game losing streak. What better team to play against to try to break that streak than the equally disappointing Kings, who come into this game still without an identity and struggling to remain relevant. We think this game is important for both teams, and neither team has a great goalie, so we like Canucks to find their scoring touch in La-La-Land.

Here is a game that made us do a double take. The Sabres are the hottest team in the league, having won eight straight games including an overtime win on Friday. And yet, here they are as the underdog in this tilt against the Red Wings. Yes, the game is being played in Detroit, and the Wings are making up for a terrible start by going 7-3-0 in their last 10 games. We like this game being a close one, but there will be a bunch of goals scored, so if you are looking to bet on a game between two of the leagues hottest teams, we think you should take the goals.

Both of these teams are coming off wins on Friday, and you would be hard pressed to find anyone who would have figured Carolina or the Islanders to be in the mix for playoff spots in the Eastern Conference. This is a crucial early game for both teams, as it has implications in both the division standings and in the Wild Card Race. Both teams have been struggling in net, and it shows in a total of 6 goals. We are going to stick with the total in this game, avoiding trying to pick a winner here.

The only reason we are throwing this game in for the week is that we have taken too many overs already, and this is the game that has the highest total. Both teams played on Friday, meaning there will be some tired legs. Even with backup goalie Garret Sparks likely to play for the Leafs, we think you are going to see a lower scoring affair than the oddsmakers believe. The Leafs are still without Aston Matthews, and the Flyers have been struggling to find some consistent scoring from their top two lines. Look for a highly spirited affair, which we think the Leafs will win, but with a score of 4-2, we also be-Leaf in the under.