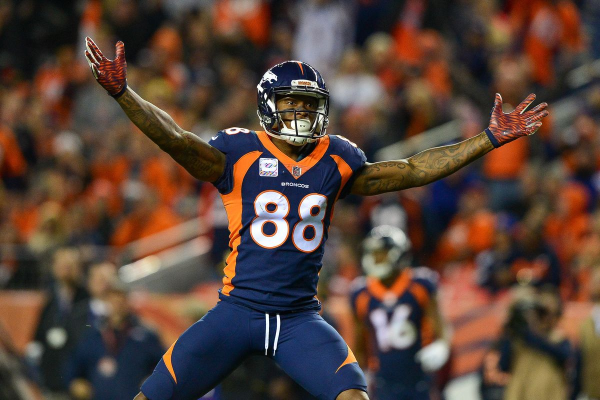 Sometimes you get unbelievable matchups and then sometimes you get the matchup on Thursday night. Thursday features teams that are a combined 3-9 as the Denver Broncos (2-4) travel to University of Phoenix Stadium to take on the Arizona Cardinals (1-5). Despite the fact that they have a slightly better record, the Broncos have lost four in a row and look lost on the offensive side.

Sadly, the Cardinals may even be worse on the offensive side. Still, the two will match up on Thursday night with a 8:20 pm ET kickoff.

The spread for this one comes in with the Denver Broncos being a slight 1.5-point favorite on the road. The over/under for total points scored sits at 42 points.

Denver Hoping To Get More Out Of Offense

Case Keenum was able to turn a career year last year with the Minnesota Vikings into a two-year, $36 million deal (with $25 million fully guaranteed). With the Vikings, he threw for 3,547 yards, 22 touchdowns and just 7 interceptions. This year, just 6 games in, he has already eclipsed that number with 8 interceptions.

In those six games, he has thrown for 1,687 yards, 7 touchdowns and has been sacked 15 times. His leading receivers have been Emmanuel Sanders (40 receptions, 501 yards, 2 touchdowns) and DemaryiusThomas (28 receptions, 330 yards, 3 touchdowns). If the Broncos have any hope of improving, they are going to need Keenum to play better than he has.

On the ground, the Broncos have surprisingly gone with a two-headed monster with Phillip Lindsay (61 rushes, 346 yards and a touchdown) and RoyceFreeman (58 rushes, 272 yards, 3 touchdowns). Many anticipated that the rookie Freeman would likely be the lead back, but thus far Lindsay has consistently had higher touches in the Broncos games.
On the defensive side, Denver has been led by Justin Simmons in tackles (30), Brandon Chubb (4.5) and Von Miller (5.5) in sacks, and a handful of backs in interceptions at 1 apiece. The defense as a whole has struggled. To date they rank 27th allowing 403.8 yards per game to opposing offenses.

Since taking over for the ineffective Sam Bradford, Rosen is 50 for 90 for 626 yards, 2 touchdowns and 2 interceptions. The leading receivers for the Cardinals are Christian Kirk (25 receptions, 311 yards and a touchdown) and Larry Fitzgerald (22 receptions for 215 yards).

On the ground, David Johnson has been largely disappointing this season. He has just 296 yards on 92 carries, although he has added 5 touchdowns. He has also added 17 receptions for 135 yards and a touchdown through the air.
Defensively, the Cardinals rank 24th in yards given up at 394.3. BuddaBaker leads the team in tackles (45), Chandler Jones in sacks (5.5) and Tre Boston in interceptions (3).

Broncos Win In An Ugly One

With just a 1.5 point spread, this one basically becomes a straight up matchup. Neither one of these teams has been especially good on either side of the ball, but I do ultimately think the Broncos have more weapons on the offensive side than the Cardinals. Also, while he has been largely disappointing this season, Keenum is at least a seasoned veteran while Josh Rosen is still trying to get his footing in the NFL. It is close, but I am taking the Broncos in this one even giving up 1.5 points.