The Two Point Conversion is a Nightmare for NFL Gamblers 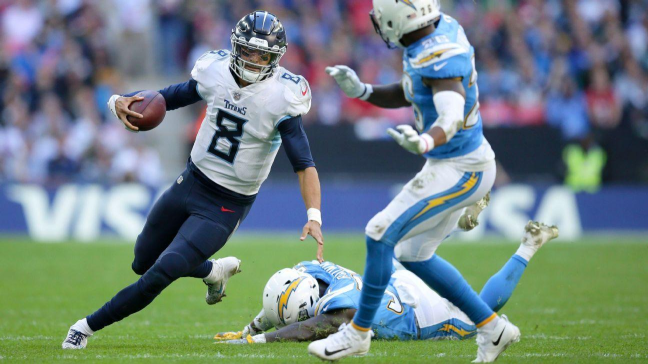 If you are a football bettor, then it is more than likely that you have seen this situation before: the team you need to cover a spread scored a touchdown and then, sometimes inexplicably, they choose to go for a two point conversion rather than kick an extra point.

Sometimes it is for valid reasons, but other times you are shaking your head when the team tries (and then fails) the conversion, leaving you on the wrong side of a point spread or a total bet. It can be infuriating for fans, but for gamblers it can mean the difference between being a winning or losing player.

Already this season there have been a couple of two point conversions that have cost gamblers money. The first took place in London, so maybe some of you didn’t notice it. The Tennessee Titans were playing the Sand Diego Chargers and were the underdog in the game.

Amazingly, they kept the game very close, and scored a touchdown in the final minute to close the score to one point. The standard play here would be to kick an extra point and send the game to overtime. However, Tennessee head coach Mike Vrabel decided to go for two points and the win. The conversion attempt failed, but there was a penalty on the play, giving the Titans the chance to convert again.

Again, the team tried to go for two, calling the exact same play and with the same result. Now, not only could this decision cost the Titans a chance to make the AFC playoffs, it clearly infuriated gamblers who had taken the money line bet on the Titans winning the game. There was no guarantee that the team would ultimately win in the overtime session, but it still game the Titans a chance to win the game and the bettors to win their underdog bets.

This past week, the Los Angeles Rams were playing against the Seattle Seahawks and were a 6 point favorite by the time the game started. The game was very close, and the Rams scored a 4th Quarter touchdown to go up 5 points. Now the math here would indicate that going for two and being up one touchdown would be better than being up by only 6.

However, there was lots of time left in the game, and this missed conversion could be even more costly to the Rams than to bettors. Sure enough, they missed the attempt, and after trading scores down the stretch, the final score was a 5 point Rams victory. Sorry, gamblers…you got screwed.

Why do teams go for two points so often anyway?

It may seem that teams are now attempting two-point conversions more often than before, and you aren’t wrong if you are feeling that way. There is an argument that says that teams should always go for the two points (and that teams should never punt, but we’ll save that for another day).

The fact of the matter is that despite all the advanced analytics that are involved, the league itself is to blame for this change. By moving the extra point back to make it a 33-yard kick, the league has made it far tougher for placekickers to score the extra point. In fact, there have been more missed extra points in the years since the rule change than in the 15 previous seasons combined.

This has forced teams to think twice about simply kicking an extra point, and those teams that miss one must invariably go for two the next time out.

These play calls after a touchdown has been scored is taking its toll on gamblers. It feels like every week there is one game that is affected from a betting perspective when a two point conversion is attempted, regardless of the outcome.

There is a way that bettors can avoid this plague altogether, and that is by betting on the moneyline. What happened in Tennessee was the exception to the rule: most of the two point conversions that are missed still end up with the favorite winning the game. However, the money can be a costly venture for many gamblers, as you will have to risk more money to win the same amount as you would by betting the spread.

The two point conversion isn’t going anywhere anytime soon, so NFL bettors are going to have to work harder researching which teams are more likely to attempt them when they are looking at point spreads in the future.