The End of the Preseason is Here – NFL Preseason Week 4 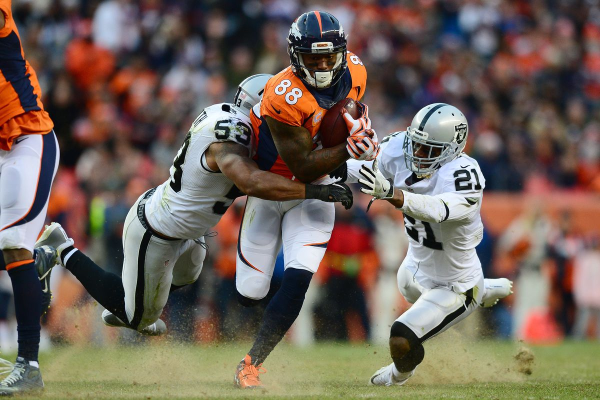 We’re a week closer to Week 1 in the National Football League as the preseason will wrap up this week with a full slate of games on Thursday night. Game 4 of the NFL preseason is usually reserved for the reserves as you won’t see too many starters on the field Thursday. Maybe for a series or two, if there’s a starting job at stake or if there are still wrinkles in a scheme to iron out. Otherwise, expect guys just trying to make the roster to be lining up for the most part. We saw Game 3 preseason this past week which is much more tell-tale of what’s to come this year. As always, we take a look back with this week’s news and picks.

Cleveland Browns head coach Hue Jackson has stated repeatedly that free agent signee and two-time Pro Bowler Tyrod Taylor will be Week 1’s starting quarterback. He stated it again this week and will probably bring it up again next week, too. That’s to be expected, though. I mean, you drafted Baker Mayfield with the number one overall pick. Things got very interesting for the Browns in their game versus the Philadelphia Eagles, though. Taylor went down with an ugly hand injury in the first quarter and Mayfield was there to take-over. For a moment, it seemed as if Mayfield may have found his moment until Taylor trotted out in the second quarter. Taylor does look better than Mayfield but it should be mentioned that Mayfield has flashed some serious talent thus far. Of course, Jackson hinted he could still change his mind though, so expect a week’s worth more of speculation on the media’s part.

Speaking of quarterbacks, Philadelphia Eagles head coach Doug Pederson looks about as tired as Jackson when it comes to addressing their QB situation. The Eagles preseason has been one to forget as they have looked out of sync at every turn, especially on the offensive side. Carson Wentz hasn’t been cleared for contact as of yet while he recovers from that torn ACL of his but he’s splitting practice reps with Super Bowl hero NickFoles. The Eagles have been bad thus far and Foles has been shaky at best, especially in last week’s ugly 0-5 loss to the Cleveland Browns. The Eagles will take their time with Wentz and many are saying he won’t be back for at least a month more. That would still be well ahead of schedule for such a brutal injury. However, it’ll be interesting to see how that may change with a slow start in the somehow always competitive NFC East.

We had a tough go last week going 0-2 with our picks as the reserves really made us pay. The Tampa Bay Buccaneers were doing whatever they wanted to the overmatched Detroit Lions until the fourth quarter. The Lions stormed back with 20 unanswered points to pull off the upset and ruin our sure-thing. The Carolina Panthers actually showed up against the New England Patriots to spoil our other pick. The Pats looked lost from kickoff and the Panthers made them pay jumping out to 9-3 halftime lead before pulling away in the second half and a 25-14 final that wasn’t even that close. However, despite these momentary setbacks, we still like the Bucs a lot this year. Of course, the Pats are always a good team to lay down on, too. We’ll be keeping an eye on the Panthers as they have impressed and may be due for a resurgent year. The Lions, despite this nice win, are still garbage and are headed for a long year. Wager accordingly.

New York Jets vs Philadelphia Eagles
The Eagles will remain winless in the preseason as the Jets will cover this one point spread on the road no problem. The Eagles just don’t have the personal right now as injuries have slowed them down all preseason. Game 4 of the preseason is no time to start throwing players back out on the field either. The Jets, on the other hand, are much healthier and deeper with good competition for a few spots still up in the air. That’s what makes them the smart play this week.

Miami Dolphins vs Atlanta Falcons
The Falcons and the Dolphins are both looking for their first win in preseason so something will have to give here. The Falcons are deeper than the Dolphins and playing at home which is really all the edge we need. They shouldn’t have a problem covering the two points against a Dolphins team that has looked completely lost so far. Did you see the clip of Kiko Alonso standing on the wrong sideline last week? Well, it was hilarious as well as an apt metaphor.