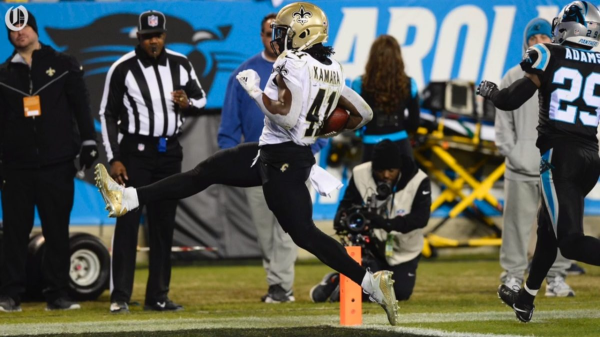 Thanksgiving night features an NFC South matchup of top versus bottom as the New Orleans Saints (9-2) travel to Mercedes-Benz Stadium to take on the Atlanta Falcons (3-8). While the division title is not officially wrapped up, the Saints sit comfortably ahead of the second-place Panthers, who are just 5-6. For the Falcons, this has certainly become a lost season as they are playing now more for draft positioning than for playoff contention. Kickoff for this one is scheduled for 8:20 pm ET.

For the New Orleans Saints, despite how well they have played, they were actually upset by the Falcons just a few weeks ago 26-9 on their home field. In the game, Drew Brees and the Saints were held without a touchdown, and their only scoring was three field goals over three quarters. They will be looking for a bit of revenge on the road in this one and to extend their divisional lead and strengthen their claim to home-field advantage in the playoffs.

For the Atlanta Falcons, it has been quite an inconsistent season. At 3-8, wins have been few and far between, but with that being said, two of their three wins have come in the last three weeks, both being on the road. The Falcons are just 1-4 at home this year while the Saints are 4-1 on the road.

The New Orleans Saints come into this one as seven-point favorites despite playing on the road. The over/under for total points scored currently sits at 48.5.

Saints Looking To Exact Some Revenge

The Saints certainly weren’t expecting to be upset by the Falcons a few weeks ago on their home turf and will now look to repay the favor on the road Thursday. To do so, they will be led under center by future Hall-of-Famer Drew Brees, who is 159 for 210 for 1,607 yards, 11 touchdowns and four interceptions. Those aren’t too bad of numbers considering he has only played in six games due to an injury to his throwing hand.

The leading receiver for the Saints thus far this year has been Michael Thomas, who has 104 receptions for 1,242 yards and six touchdowns. Alvin Kamara comes in next with 60 receptions for 421 yards and a touchdown.

Speaking of Kamara, he is also leading the Saints in rushing as he has 114 rushes for 526 yards and a score.

While the Falcons have certainly not had the season they may have anticipated, they would love to still be able to sweep the season series from their divisional rivals. Leading the way for the Falcons will be quarterback Matt Ryan, who is 266 for 397 for 2,934 yards, 18 touchdowns and 10 interceptions. He has also been sacked 29 times on the season.

Ryan’s favorite receiver has been Julio Jones, who has 64 catches for 950 yards and four touchdowns. Unfortunately, tight end Austin Hooper, who is second in receptions, is likely to miss this one. Also, running back Devonta Freeman, who is the Falcons’ leading rusher, is questionable for this one.

Saints Win, But Can They Cover?

Despite what happened a few weeks ago, the Saints are still the better team. Throw on top of that the fact that they are healthier than the Falcons are right now, and this one seems like it should be an easy win for the Saints. Granted, a full touchdown spread can be concerning when you have Ryan and Jones on the other side, but I still like the Saints to torch the Falcons defense and do enough to slow down their offense. For my money, I am taking the Saints -7.