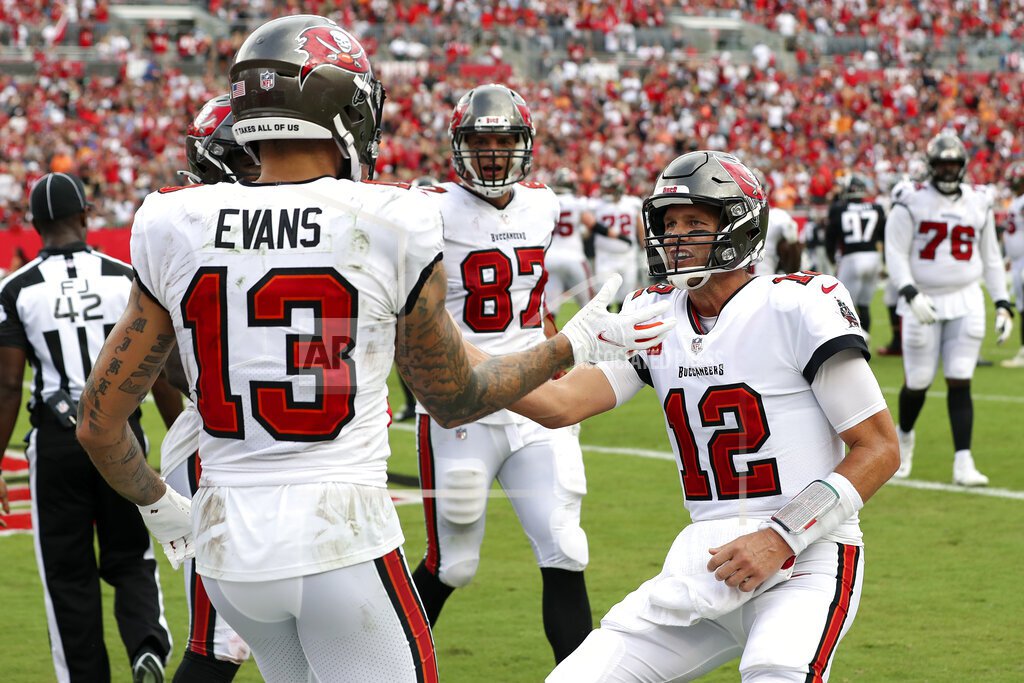 The Bucs are the defending Super Bowl Champions but have been up and down this season despite their 4-1 record. Still, they are one of the top NFL betting favorites to win the Super Bowl, behind the Buffalo Bills and ahead of the Kansas City Chiefs.

The Eagles are still very much a work in progress under new coach Nick Sirianni, but they are starting to get more regular returns from QB Jalen Hurts and their offense.

Tampa Bay should have an easy time of it tonight, but a road dog at night at home is tempting.

Tampa Bay Buccaneers vs Philadelphia Eagles odds are via FanDuel Sportsbook as of Thursday, October 14th, 2021 at 9:14 a.m. ET. Want to see NFL betting odds from several top online sportsbooks for every NFL matchup each week? Check out our NFL odds.

After a couple of sluggish games, the Bucs offense found its form in a home beatdown of Miami last week. Tampa easily covered an 11-point spread even though the game was tied at 10 early. They won 45-17 as Tom Brady had his best game of the season, throwing for over 400 yards with 5 TDs. When this offense is humming, it is near impossible to stop their passing attack. Brady is masterful at distributing the ball, and the Bucs have the best set of receivers in the game. The Eagles are going to have to try and find a way to slow them down, and I am not very optimistic.

Against the Dolphins the Bucs might have played their best defensive game of the season. The question is how to measure the value of that going forward. The reality is that Miami is a limited offensive team under the best of circumstances and even though I am not a fan of Tua, they were playing their backup quarterback. It is the kind of game that teams should flex some defensive muscle. This week’s task, against the mobile QB Jalen Hurts, will be much different.

Eagles Look to Even Record Against A Tough Opponent

The Eagles are still trying to figure out their offense and whether Hurts can follow a path similar to Lamar Jackson of being a dangerous runner and accurate enough thrower. He has his moments and like Jackson, he has some targets in DeVonta Smith and Jalen Reagor that can get yards after the catch. The offense has shown potential but has yet to find consistency. This is a game where they cannot afford to take a drive off.

The Eagles’ defense has been decent this season. The best thing they have going for them heading into this matchup is that they have been terrible against the run but stingy against the pass. Tampa attacks almost exclusively through the air so that strength will be tested tonight. Covering is one thing, but the Eagles also have to be able to put pressure on Brady with their four defensive linemen, especially up the middle. Defensive tackle Fletcher Cox is one of the best at his position, and his presence has made it easier for the likes of Javon Hargrave, who has 6 sacks this season. We will know in the first possession or two how that is going.

The percentages are on the under but I am not seeing it. Tampa will move the ball with ease throughout the game no matter what Philly’s defensive splits are telling us. They have also been terrible against the pass and have a very banged-up secondary with several players missing. That makes it ripe for Hurts to carve up. This one will feel like a track meet.

This one is an alternate line but just love the value. The regular line was set at 285.5 but at -110. I like this payoff a lot more and see a middle as unlikely. Philly is going to be playing from behind all game against one of the league’s worst secondaries. As long as Hurts stays upright he should be matching Brady yard for yard most of the night.

The 2022 Formula 1 season is only six races deep, but the race for this season’s championship alerady appears to be down to just two drivers. Last season, Red Bull driver Max Verstappen claimed his first Formula 1 World Drivers’ Championship in highly controversial circumstances, with Lewis Hamilton denied what would have been a record-breaking END_OF_DOCUMENT_TOKEN_TO_BE_REPLACED