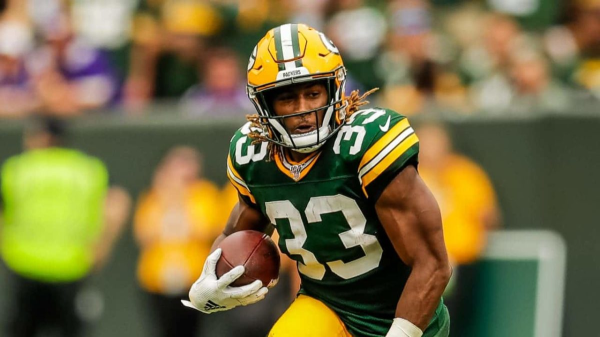 Sunday Night Football consists of an NFC-AFC showdown of division leaders when the Green Bay Packers (6-1) travel to Arrowhead Stadium to take on the Kansas City Chiefs (5-2). While this seemed like a premier matchup when the schedules came out, it has lost a little bit of its luster, given that Patrick Mahomes is still out of commission with a knee injury. Still, with weapons galore, Andy Reid and the Chiefs will try to slow down Aaron Rodgers and the Packers to take this matchup. Kickoff for this one is scheduled for 8:20 pm ET.

The Packers come into this one rolling, having won three of their last four matchups, including wins over the Dallas Cowboys (34-24), Detroit Lions (23-22) and Oakland Raiders (42-24). They currently lead the NFC North by half a game over the Minnesota Vikings and hope to maintain their lead after this week. To do so, though, they will need to be consistent on both sides of the ball as even without Mahomes, the Chiefs are still very impressive offensively.

For the Chiefs, it was obviously a blow to have Mahomes miss time, but at least there is optimism in the fact that he won’t be gone for the rest of the season. Still, under Matt Moore, the Chiefs are probably going to have to adjust their offensive game-calling and hope to manage the game and the clock, keeping Rodgers and company off the field for as long as they can.

The Green Bay Packers come into this as four-point favorites despite playing on the road. The over/under for points scored is set at 47.5.

On the offensive side, both of these teams are top 10 offenses, but it is the Kansas City Chiefs who come out ahead. They currently rank third overall with 28.9 points per game (23.3 at home). The Packers are ranked 10th overall, averaging 26.3 points per game (22 on the road). It is worth noting, though, that while the Chiefs are ranked third, it is very unlikely they meet that type of production with Mahomes out.

The Green Bay Packers have been on quite a roll, starting the season 6-1, and, as usual, Rodgers is the one driving their success. On the season, Rodgers is 162 for 250 for 2,019 yards, 13 touchdowns and just two interceptions. In seven games, he has been sacked just 12 times (a big turnaround from his frustrations last season). While he has been solid, he has been doing it a little shorthanded, as his No. 1 wide receiver, Davante Adams, has been out for a few weeks and does not look likely to play in this one either.

With Mahomes out for this one, it will be Moore taking the snaps under center. What a remarkable ride for Moore, who this time last year was retired and coaching high school football. Now, a year later, he is starting for the Sunday prime-time game. After taking over last week, Moore went 10 of 20 for 117 yards and a touchdown. While he won’t light it up like Mahomes can, the Chiefs are just hoping that he can be a game manager.

With the aerial attack grounded a bit this week, expect LeSean McCoy to play a bigger role. On the season, McCoy has 60 rushes for 322 yards and two touchdowns. Damien Williams has 41 carries for 70 yards and a touchdown. It would not shock me if these two were fed the rock a little more consistently Sunday night.

One area that will have to step up for the Chiefs is their defense. Last week, they performed well, sacking Joe Flacco an amazing 9ninetimes; however, their defense has also been gashed at times this year. They don’t need to be amazing; they just need to be solid. The stat leaders for the Chiefs thus far on the defensive side are Damien Wilson (44 tackles), Emmanuel Ogbah (3.5 sacks), and Charvarius Ward (two interceptions).

Kansas City’s defense was remarkable last week, but perspective is important. They were going against Flacco and the Denver Broncos and didn’t exactly have a ton of threats against them. This week, though, with Rodgers under center, the Chiefs could have their hands full. If the offense gets going enough to not consistently give up good field position, the Chiefs could have a chance; however, for my money, I like the Packers’ chances a whole lot better to go into Arrowhead and not only win but cover the four points as well.