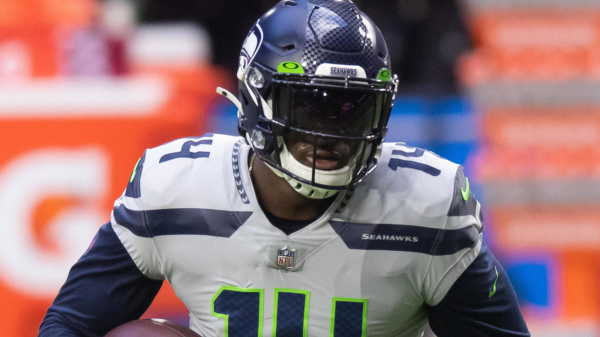 The 6-1 Seattle Seahawks will be traveling across the country to take on the 6-2 Buffalo Bills in an NFC versus AFC showdown between two of the NFL’s best teams, both ranking first in their division. The game is scheduled to kick-off at 10:00 a.m. PST on Sunday, November 8th, on FOX. There will be no fans allowed in attendance due to New York state safety precautions regarding Covid-19. The weather forecast predicts a mid-60’s and sunny afternoon in Buffalo.

Here are the odds for the game via Draftkings.com:

The Seahawks are coming off a 37-27 victory against their division rival, the San Francisco 49ers. They are averaging a league-high 34.3 points per game along with over 410 yards of offense.

Quarterback Russell Wilson has an MVP-type season, already throwing for 2,151 yards and a league-high 26 touchdowns. He has been excellent thus far and will continue attacking versus a Buffalo defense ranked 11th in pass yards per game at 223.6. Since Seattle’s top two running backs are injured, Travis Homer will start this week for the first time this year. He has seen minimal action thus far, with only 19 carries for 72 yards.

Seattle has one of the best wide receiver duos in the league, wide receivers Tyler Lockett and D.K. Metcalf have played exceptionally well this season. Metcalf ranks top five in the NFL in receiving yards, and Lockett is within the top 15; both are tied for second in receiving touchdowns with seven each.

Jamal Adams will be returning this week for the Seahawks along with some recently added defensive line depth from veterans Carlos Dunlap and Damon “Snacks” Harrison. They will provide a much-needed boost for the Seahawks defense, which is currently allowing the most yards per game in the NFL at 460.9. If Seattle fails to get pressure on Josh Allen, he could have a massive game as their secondary ranks last in pass defense, has struggled this year, and they will be without their top cornerback, Shaquill Griffin. The Seahawks are giving up

Coming off a 24-21 victory against divisional rival New England, the Bills will look to increase their lead within the division. Josh Allen is having a breakout year; he is 6th in the league in passing yards with 2,172 and has thrown 16 touchdowns with a passer rating of 102.4. He is averaging 299 yards per game through the air; going against Seattle’s secondary, he could surpass this average easily.

Running back Devin Singletary has had a decent year with the number of touches he has received; he has 93 carriers for 385 yards, averaging 4.1 per carry but through 8 games, which only totals up to 48 yards a game. The Bills have an excellent receiving core, led by star wideout Stefon Diggs, 3rd in the NFL in catches with 54 and 2nd in receiving yards with 695. He has three touchdowns and 31 first down conversions on his 79 targets, proving to be a go-to for moving the sticks. Cole Beasley has been their other go-to receiver with 41 catches for 494 yards and 2 touchdowns.

Buffalo’s defense is led by safety Jordan Poyer, a team-high 69 tackles, a forced fumble, two sacks, and six tackles for loss. Defensive end Jerry Hughes has been played well; also, he has 21 tackles, 4.5 for loss, three sacks, a forced fumble, and a fumble recovery. Their defense ranks in the middle of the NFL at 16th in yards allowed per game, giving up 358.1 on average along with 24.9 points.

For Seattle, starting running back Chris Carson will be out once again, along with backup Carlos Hyde. Also sitting out will be starting guard Mike Iupati, defensive end Benson Mayowa, cornerback Shaquill Griffin, and nickel corner Ugo Amadi. They have no players listed as doubtful or questionable.

The key to this game will be the Seahawks’ defensive performance, particularly their pass rush and secondary. If they can pressure Josh Allen as they did Jimmy Garopollo last week, they will help out their secondary, struggling with pass coverage. The Bills and Seahawks both have great offenses, so expect both teams to come out firing; this shapes up to be a shootout; the question is who’s the defense will step up to limit the opposing offense? Be sure to tune into what may be game of the week on paper.